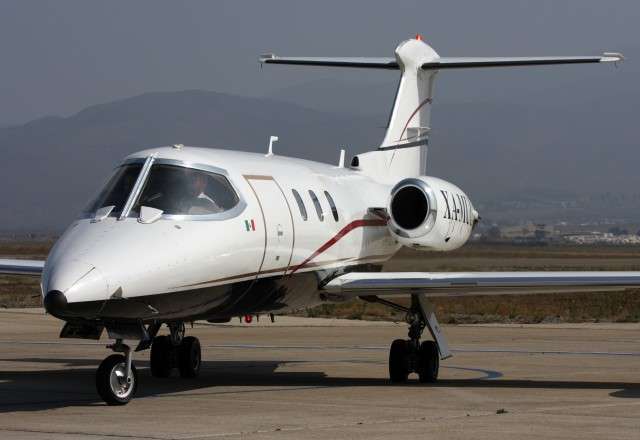 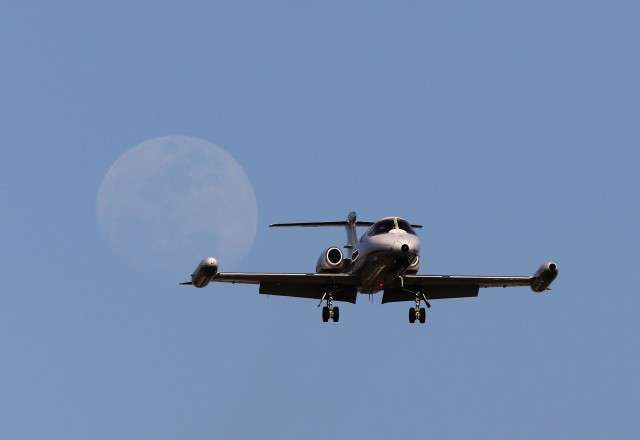 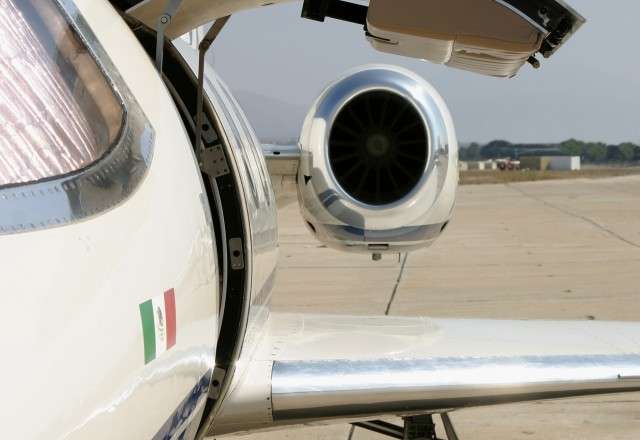 The Lear 25 jet charter is a twin-engine business jet produced by Learjet, a Bombardier company. While it has been more than 40 years since it was first produced, this aircraft is still regarded as one of the fastest light jets on the market, boasting cruise speeds in excess of 500 mph. The Lear 25 is typically configured to seat eight business executives comfortably, with the added amenity of an enclosed lavatory. As one of the most popular light jets available for private jet charter, the Lear 25 has an impressive range of more than 1,535 nautical miles. The Lear 25 is basically a stretched version of the Lear 24. It features cabin dimensions measuring:

While this might be small compared to other light jets, its intended use as a short- to mid-range aircraft mean it’s perfectly suitable for most corporate travel needs. Learjet began developing the Lear 25 in the mid-1960s, alongside the Lear 24. It received certification in 1967. Shortly after, Learjet, which is now owned by Canadian aeronautics giant Bombardier, began working on improved variants, including the: The Lear 25D, which first launched in 1976, featured improved aerodynamics, which improved the aircraft’s: While subsequent variants followed, the 25D remained in production until 1985. It total, Learjet produced more than 373 Lear 25s (including all versions). Powering the Lear 25 jet charter is a pair of General Electric CJ610-8A turbofans. Each one delivers 2,950 pounds of thrust, helping the aircraft achieve a maximum cruise speed of 545 mph. It has a standard cruise speed of 484 mph. Furthermore, it’s certified to fly at a maximum cruise altitude of 45,000 feet. While the interior of the Lear 25 has room for up to eight passengers, the typical arrangement is for six. This consists of four forward-facing seat, plus a full-width, fold-down bench at the back. Additionally, there is 40 cubic feet of storage space behind the bench, which is accessible during flight. For added convenience, there’s a forward half-width lavatory across from the airstair door. Arranging a Lear 25 jet charter with Stratos Charters is the ultimate way to fly. In addition to flying in an aircraft that helped shape private aviation as we know it today, you’ll experience the true meaning of customer service. At Stratos, we take care of all of the flight planning details so you can enjoy your air travel experience to its fullest. Whether you’re travelling for business or leisure, the Lear 25 jet charter is a solid choice for small groups travelling between cities, or for quick vacation getaways. With its exceptional cruise speed, it meets the needs of even the most demanding business schedules. And for corporate travelers who need to travel to multiple cities in a single day, the Lear 25 will help you meet your deadlines and business objectives.
show more

Compare Other Private Jets to a Lear 25