What Private Jets Can Fly to Hawaii? Everything You Need to Know

With winter officially here, you may find yourself wondering what private jets can fly to Hawaii and whisk you away to warmer weather. After all, it is one of the most popular destinations during the cooler seasons.

Before you pack your bags and ask us what private jets can fly to Hawaii, though, there are a few things you should consider based on where you live, which island you intend to visit, and when you want to go.

We often get asked:

To help answer these questions, we’ve put together a little guide all about jet charters to Hawaii and what private jets can fly to Hawaii to get you started.

Where You’re Coming From

How far away you live from the Hawaiian Islands will determine what private jets can fly to Hawaii that you can charter. If you’re on the west coast in the United States of America or in Canada, you won’t need as large of an aircraft as you would if you lived in the central or eastern part of the country.

For example, a charter flight from Miami to Honolulu will require a heavy jet and take around 12 to 13 hours long.

Flight path from Miami to Honolulu

On the other hand, a flight departing from Van Nuys will require a super-mid jet charter and take less than six hours to arrive in Honolulu.

Can you fly a HondaJet to Hawaii? Not really. You can certainly charter a HondaJet between islands, but light jets aren’t certified to cross the Pacific Ocean.

Can private jets fly across the Pacific Ocean? Yes, some of them can. The Pacific Ocean is a massive body of water, which means only certain larger aircraft are suitable for those missions. When you speak to a private flight advisor, they can help you select either a super-mid or heavy jet to charter for a Hawaiian vacation.

Where You Want to Go

Once you’ve decided which island you’d like to arrive at and where your destination will be, we can help you determine your best route.

Where you decide to arrive at will decide on which island you’d like to visit and where you’re staying on that island. Some islands only have one or two airports, so your choice may be limited.

Everything You Need to Know About the Hawaiian Islands

Not sure which island is calling you? Here’s a look at each island and all the amazing things you can see and do there. 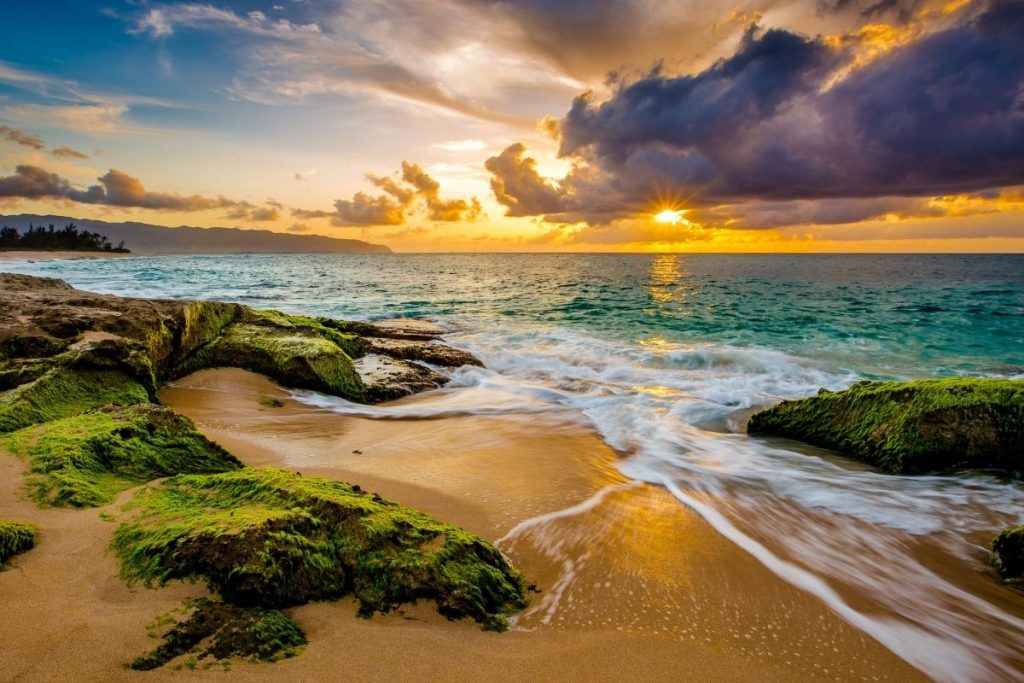 The North Shore in Oahu, HI

Much like the other Hawaiian Islands, Oahu is proud of its multicultural heritage. When you arrive in Oahu, you’ll immediately be met with warm, lightly scented air and a fresh lei. Locals in this paradise are laid back, low-key and casual. You’re sure to be met with a genuine Aloha wherever you end up.

There’s so much to do in this tropical paradise too. Explore the ancient heiau (stone temples) and rugged, nearly deserted beaches, try your hand at surfing, take part in the sacred hula dancing and chants, or simply unwind on the lanai (balcony) at your resort. Book a private jet to Honolulu and discover the beauty of this stunning island for yourself. 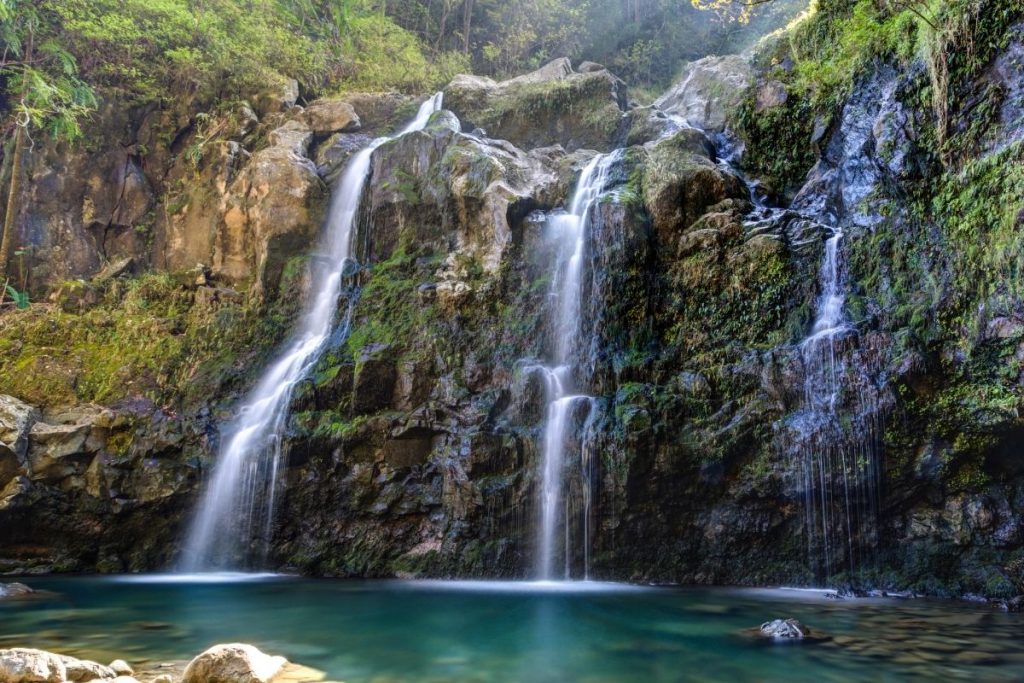 Upper Waikuni Falls, along the Road to Hana in Maui, HI

Maui is easily the best destination for outdoor recreation enthusiasts. This beautiful island features ziplines that whiz into lush, green canopies, mountain bike trails that wind through the stunning flora and fauna Hawaii has been known for, and some of the best barrel waves in the Pacific.

Of course, you’ll definitely want to make sure you rent a vehicle so you can take the ‘Road to Hana,’ watch the sun rise above the summit of Haleakala and paddle a kayak or paddleboard next to humpback whales in Makena Bay. Maui truly s magical. 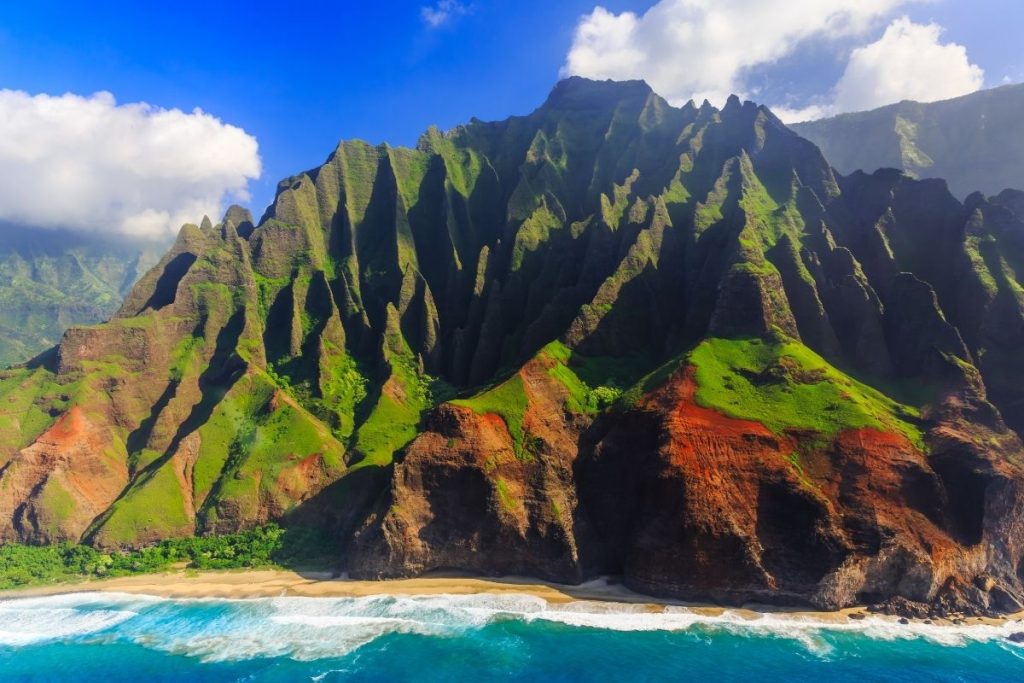 Often referred to as the Garden Isle, Kauai is a tropical-lover’s dream. Emerald mountains. Ancient waterfalls. Spectacular Beaches. There is so much to see and explore in Kauai.

We can’t speak highly enough about the magic and wonder of Kauai. Whether you choose to explore the island by air with a helicopter tour, by kayak as you paddle down sacred rivers and through sea caves, or on your own feet as you hike across mountain peaks, rest at isolated beaches, and wander through glorious canyons, there is no single way to enjoy this lovely island. 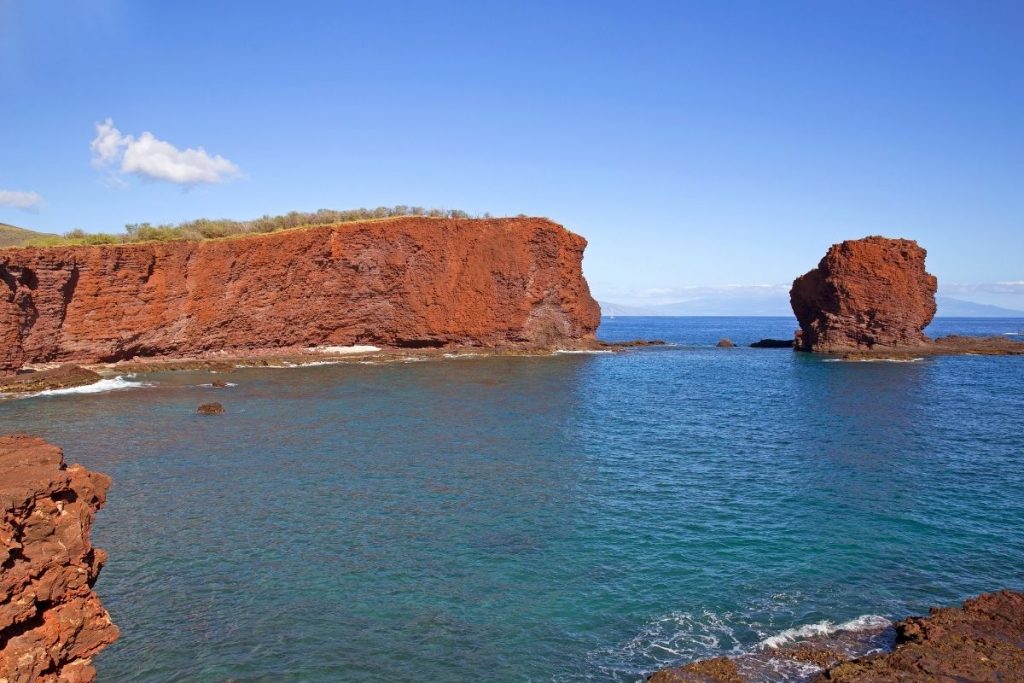 At its widest point, Lanai is still only 18 miles across. Though it’s small, it still has a wealth of offerings to keep even the most seasoned travel interested. Spend time discovering ancient archaeological sites, hidden beaches found off the well-traveled path, and unusual, yet stunning, geology.

Approximately 97 percent of the island is owned by Larry Ellison, which makes it less commercialized than some of the other Hawaiian Islands. 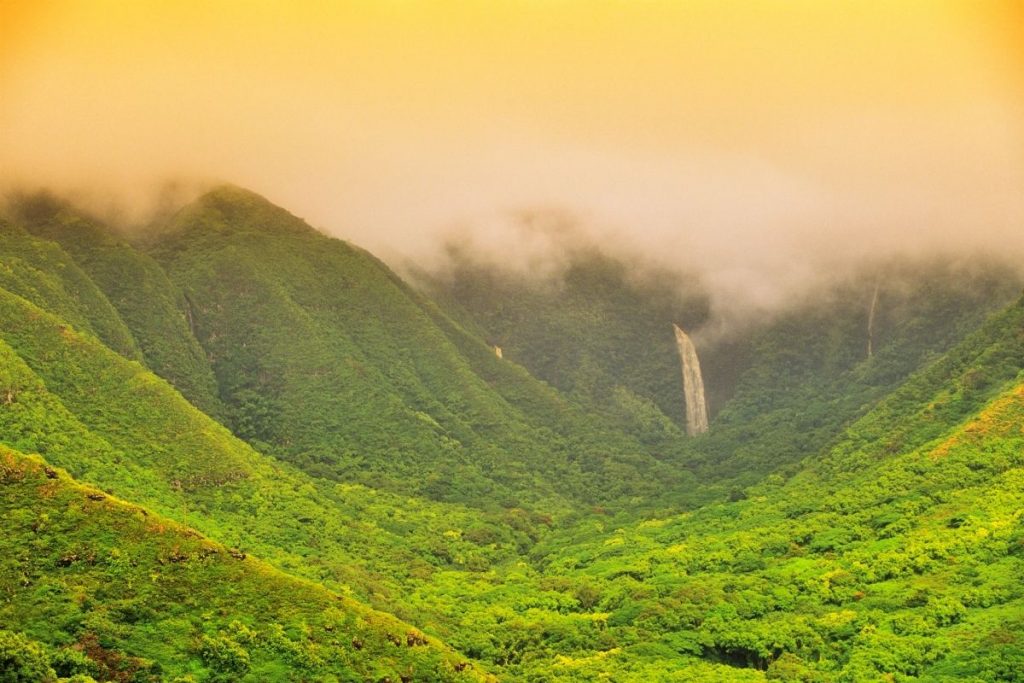 Molokai has been known as the ‘Friendly Isle’ for many years and for good reason! This sleepy, yet feisty, island is home to Hawaiians that prefer to move a little slower than those living on other islands. If you’re looking for a place to celebrate Indigenous Hawaiian culture, Molokai is the island for you. 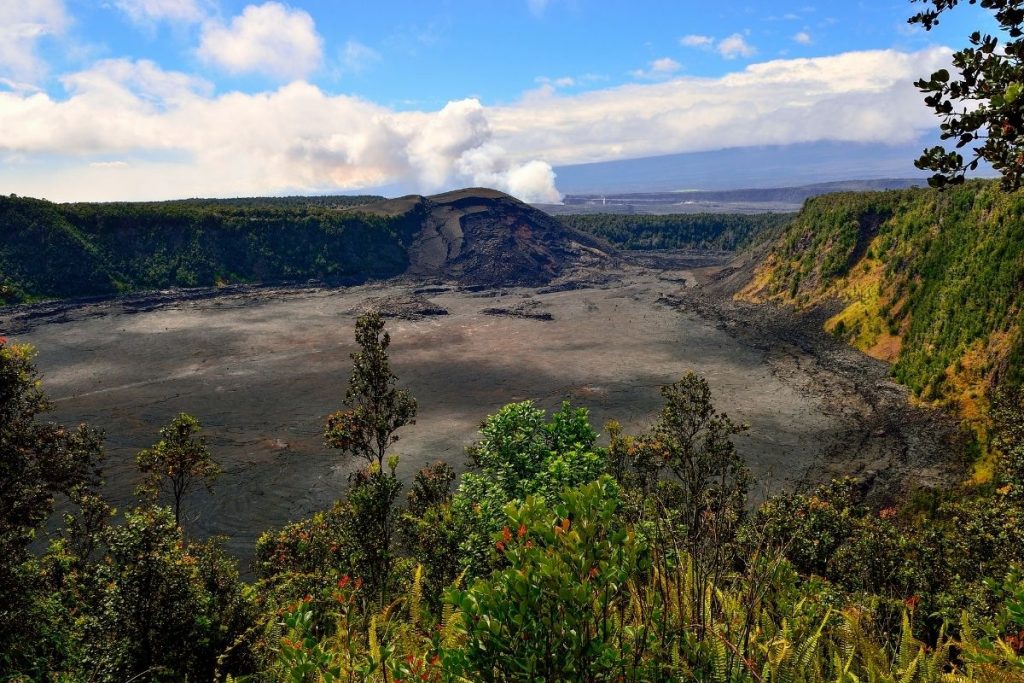 Dubbed the Big Island, Hawaii offers visitors a little bit of everything one would expect in a tropical paradise. It’s twice the size of the other islands, is home to eight of the 13 climate zones, and is more diverse than other islands.

Here you can discover black, white, and even green-sand beaches. There are also a few sky-scrapping volcanos to explore, lush cliffs to gaze at, a lava desert, misty valleys, and miles of rolling pastures to consider. 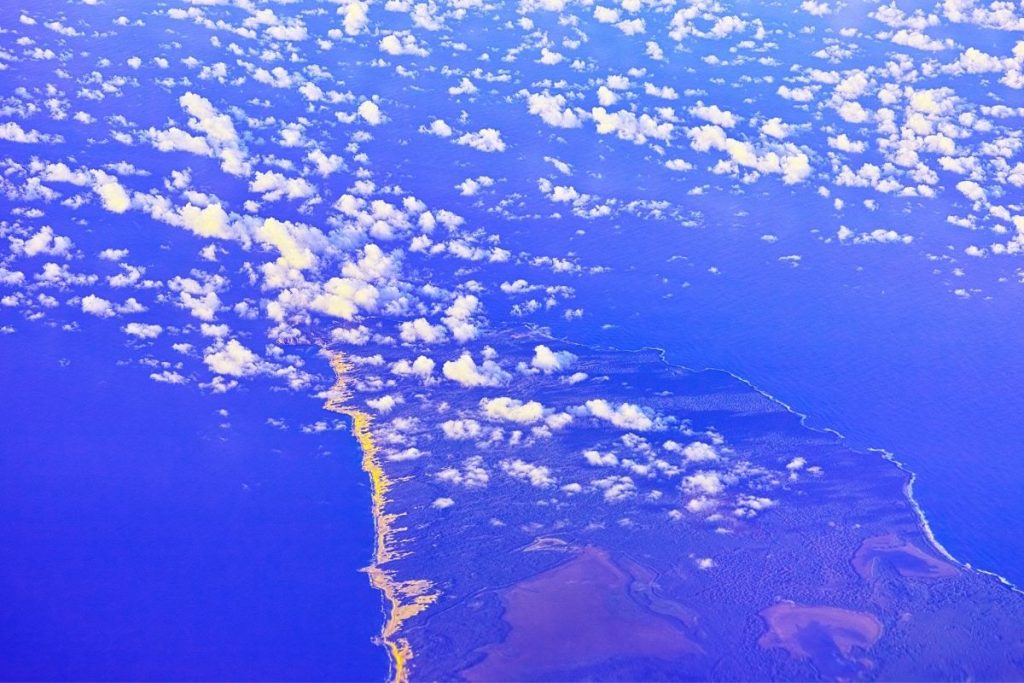 Niihau has often been called the ‘Forbidden Island’ as it’s privately owned and home to less than 200 locals. Currently, the island is invite-only due to a pledge made to a former Hawaiian king. At the time, locals promised to protect the island from the outside world. 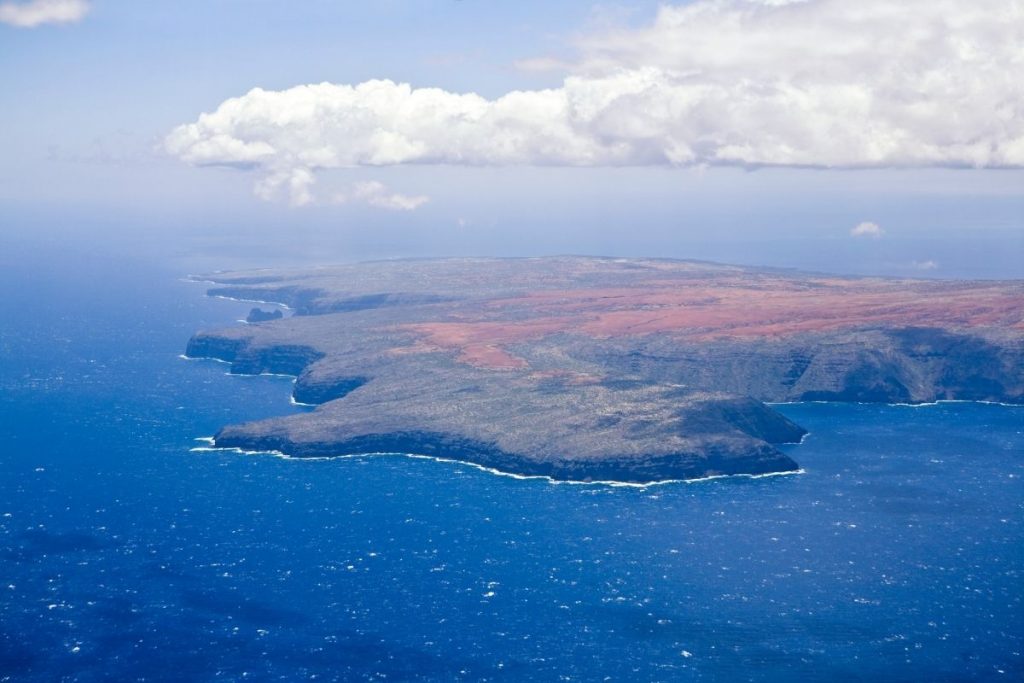 This island is the smallest of the Hawaiian Islands, and it’s not typically open to travelers. Now an island reserve, only those that volunteer their labour services are allowed to step foot on the undeveloped soil of Kahoolawe.

Now that you know what private jets can fly to Hawaii and you’re ready to explore the Hawaiian Islands, book a private jet to Hawaii with Stratos today! Call (888) 593-9066 or request a free quote online.