Star Athletes and Their Penchant for Private Jets

PRIVATE JETS HAVE LONG BEEN the preferred mode of air travel for numerous celebrities and star athletes. While many of the highest paid sporting personalities own their own luxury planes, others get to experience the high-rolling lifestyle by chartering flights. Given their seven-figure salaries, it only makes sense that these high-profile superstars would jet-set with their friends or family for a vacation, but lately, there have been a number of instances where athletes have used private planes for some unusual reasons.

According to USA Today, Dallas Mavericks’ owner Mark Cuban and forward Chandler Parsons attempted to woo impending NBA free agent center DeAndre Johnson to join the team from the Los Angeles Clippers. Part of the enticement came in the form of trips in a jet charter, as well as visits to fancy restaurants and exclusive clubs. Johnson, who played one year of college ball with Texas A&M, joined the Clippers in 2008. After initially agreeing to a deal with Dallas, he later backed out and resigned with LA. Still, you’ve got to give the Mavs an ‘A’ for effort. 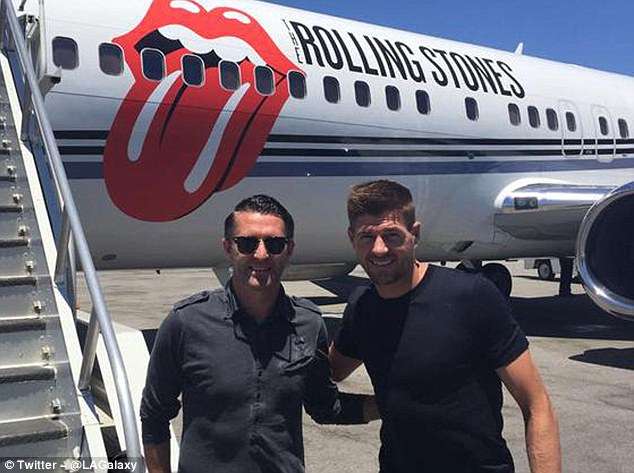 Steven Gerrard, a former star midfielder with Liverpool in the English Premier League (EPL), now with the Los Angeles Galaxy of the MLS, made a huge first impression with his new soccer club. Rather than fly with the boys on a regular charter to their US Open Cup match with Real Salt Lake in Utah, ESPN reports he and his new teammates secured passage on a jet owned by a few of Gerrard’s countrymen. You may have heard of them: The Rolling Stones! Apparently, Mick and the gang were taking a break from their North American Zip Code Tour, so they agreed to lend their swanky aircraft featuring their trademark ‘tongue-and-lip’ logo on the fuselage.

3. Going for a quick checkup

When Dutch soccer phenom Robin van Persie completed his transfer from the EPL’s Manchester United to the Turkish league’s Fenerbahce in early July, a few odds and ends had to be sorted out to complete the deal. One of the requirements was he first had to pass a physical checkup by his new team. It’s an understandable request given the value placed on such a prolific striker as van Persie. Rather than fly on a commercial airline or take a train, van Persie hopped on a chartered jet to make the 2,000-mile journey from Manchester Airport. 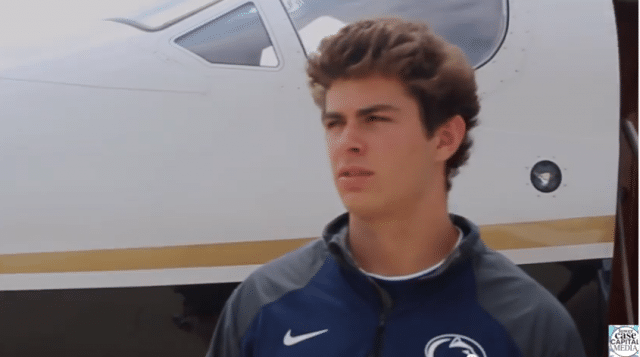 There was a lot of buzz generated over whether kicker Quinn Nordin would sign with his home state Michigan Wolverines or with the Penn State Nittany Lions. As the top-ranked high school kicker in the U.S., Nordin decided to announce his college commitment with a little panache. He announced his commitment to Penn State on Twitter with a music video that included a private plane. Sports fans also use private jets to attend the big game. As an example, read: Private Jet Charter to the World Series 2013. Are you looking to experience the most comfortable and convenient mode of air travel? No matter what your reasons are, and no matter where you want to go, Stratos Jet Charters will get you there in style. Call us to make a booking—(888) 593-9066 (toll free) or request a quote online.