The Facts and Figures of Aircraft Depreciation

You’ve likely heard the adage that once you drive your brand new vehicle off the lot, it instantly depreciates by roughly 10 per cent.  In some cases, the same thing can be said about aircraft depreciation. However, the depreciation process for your business accounting purposes for an aircraft involves several more facets than a regular road vehicle.

In an effort to remain transparent and educate our clients, we put together a quick reference guide outlining everything there is to know about aircraft depreciation.

Before we jump into the basics of jet depreciation, there are a few terms to get comfortable with. They include:

Cost –the initial purchase price of the aircraft

Obsolescence – a factor that affects the depreciation period

Recovery period – the lifespan of the aircraft

Salvage value – the money the owner could potentially receive if the aircraft is scrapped, sold, or traded in.

So what is depreciation anyway?

In its most basic form, depreciation is defined as a reduction in the value of an asset over time.  When a business spends capital on a long-term asset, like an aircraft, it’s understood that the value of the airplane depreciates over time.

Aircraft that are owned and operated by a business are often depreciable for income tax purposes. These claims can be made during the recovery period. However, there are several different ways to claim your airplane depreciation, and each method has its own list of pros and cons.

The two defined recovery periods are known as MARCRS and GAAP.

The many different depreciation methods

Even though there are a wide variety of methods, they all have a few steps in common. They include:

3. Stopping the depreciation when the asset becomes worthless

This is the most common method for recording depreciation. It’s also the simplest. First you find the period of recovery then book the year’s depreciation (book value – salvage value/recovery period). 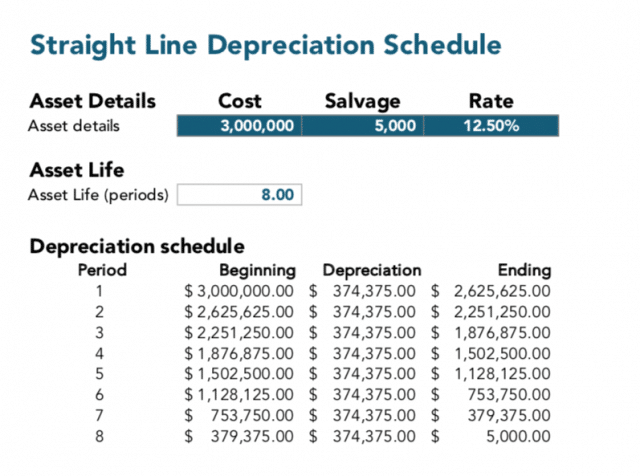 This method produces high depreciation values at the beginning then slowly tapers off as the years go by. 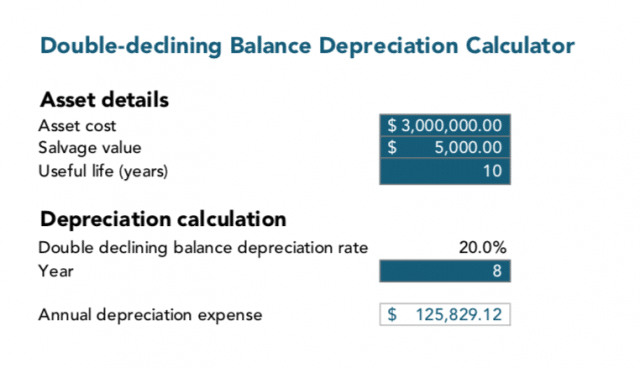 This method is typically less aggressive than the previously mentioned method, but it’s important to note that it disregards net book value entirely.

In addition to claiming depreciation, aircraft owned by a business can also benefit from Section 179 Expensing and Bonus Depreciation.

Section 179 Expensing allows businesses to deduct capital assets as an expense in the current year as opposed to stretching it out over several years. This can be done through IRS Form 4562.

Bonus Depreciation can be used if the aircraft is used for business purposes at least 50 per cent of the time. It has no new income requirement or value cap. It’s an incredibly popular option for businesses as it allows the company to take 100 percent of the airplane’s depreciation in the first year of ownership as opposed to amortizing the airplane depreciation over five years.

One of the biggest benefits of bonus depreciation is that it delivers a long-term stimulus to the aviation industry. This is especially important because the aviation industry is responsible for high-skill and high-paying jobs for approximately 1.1 million Americans and generates roughly $220 billion in economic activity.

Initially, bonus depreciation only applied to new aircraft. It was put in place to help manufacturers make more sales and strengthen the market. In 2017, Congress extended the rules of bonus depreciation to used aircraft as well.

This change has impacted the business aviation industry in a big way. After years of plummeting used aircraft values, the preowned aircraft industry has never been stronger.

You asked, we answered

We often get asked about airplane depreciation, especially by clients looking into aircraft ownership. Here are the answers to a few frequently asked questions:

Q:  Is an airplane a fixed asset?

A: Yes, an airplane is a fixed asset as it is a purchase for long-term business use and can’t be converted into cash quickly.

Q: Can I take bonus depreciation on my airplane?

A: Yes, you can take bonus depreciation on your airplane if the aircraft is new to you and is used for business purposes at least 50 per cent of the time.

Q: Do airplanes hold their value?

A: When used for your business, airplanes are depreciated every year down to the aircraft’s residual value.

Q: Should I depreciate my aircraft?

A: Yes, if you can. If your aircraft is owned and operated by the business, you qualify.

Q: What if I sell the aircraft I depreciated?

A: The depreciated claim reduces the base cost of the aircraft. This means the profit you received from the sale is treated as ordinary income and not capital gain.

Q: Why is tax depreciation accelerated on aircraft?

A: This allows you to recover your costs faster. If you depreciate your assets as quickly as possible, you can use the tax savings sooner.

Q: What expenses can you deduct for a business aircraft?

A: You can deduct all expense related to the operation and maintenance of an aircraft, including:

Stratos Jet Charters has been in the business of arranging private aviation for more than a decade. We pride ourselves on our transparency, safety standards, and service excellence. For more information, quotes and more, call us today – (888) 593-9066