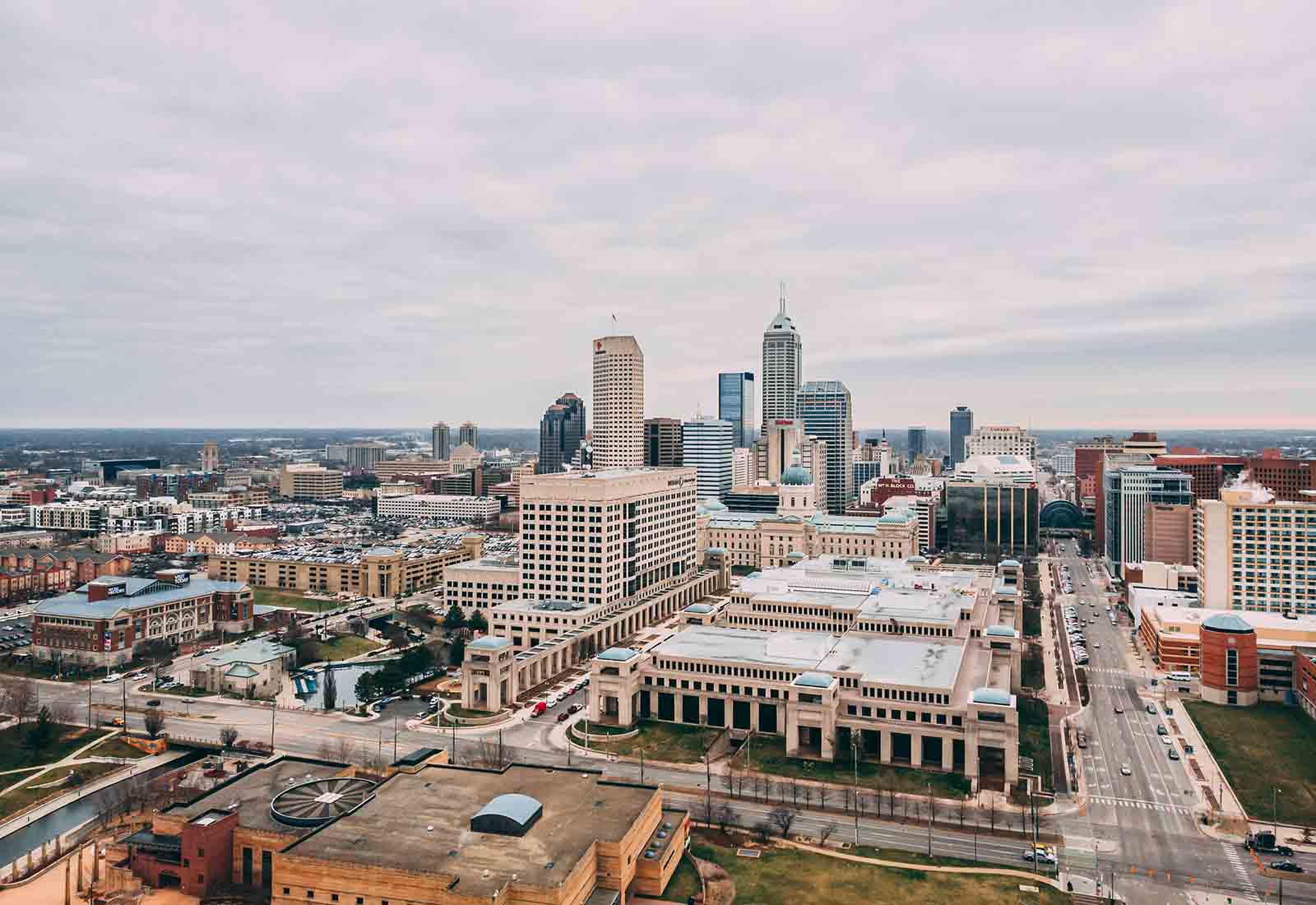 Take a victory lap in the home of the Indy 500; one of the fastest growing cities in the US.

Quote Request Id:
Departure:
Destination:
Arrival:
Return:
Passengers:
Thank you for your request ! Our Aircraft Charter Deptartment will follow-up with you shortlyIf urgent, call us 24x7 at (888) 593-9066

Error occured with your submission

Some of the required data which you entered is not valid!Please check all your entered data and try again.

Plan Your Trip to Indianapolis

Quote Request Id:
Departure:
Destination:
Arrival:
Passengers:
Thank you for your request ! Our Aircraft Charter Deptartment will follow-up with you shortly
If urgent, call us 24x7 at (888) 593-9066

With the roar of the engine being as prevalent as the roar of the crowd, it’s no wonder why people choose to live and visit Indianapolis. This exciting Midwestern capital is all about celebrating fast cars and football, among other leisurely pursuits. The city not only sports one of the largest auto racing tracks in the world, it is also home to the largest children’s museum and has the second largest collection of memorials and monuments in the US after Washington, DC. Read more about private jet charter flights in Indianapolis

Often referred to as "Indy," Indianapolis is the capital city of Indiana and also the state's largest city. As one of the fastest growing areas in the US, Indianapolis has become an important commercial center for the midwest in industries from medical to manufacturing. Tourism also plays a substantial role in the city's economy. Events such as the Indianapolis 500, the National Hotrod Association Nationals, Super Bowl XLVI, men's and women's NCAA tournaments, the national gaming convention Gen Con, Indy Jazz Fest, and since 2006, the Midwest Fashion Week, have thrust the city more into the spotlight. From sports to fashion, Indianapolis is perpetually active and is always welcoming visitors to share in the action. With its wealth of cultural and recreational attractions, your Indianapolis itinerary will never be lacking.

Things to Do in Indianapolis

Held over Memorial Day weekend in May, the Indy 500 is one of the oldest and greatest spectacles in open-wheel auto racing. Held at the Indianapolis Motor Speedway, the largest auto track in the world, the event celebrated its 100th year in 2011 and is still going strong with famous drivers from around the world competing for the over $2 million purse. Forget champagne, here the victory lap is celebrated with a bug gulp of milk! A visit to the Indianapolis Zoo is another must-do when visiting the city. It features an aquarium, rides, petting zoo and play areas for the kids. The Eiteljorg Museum of American Indians & Western Art is a great place to learn about midwestern American history. The Children’s Museum of Indianapolis is the world largest children’s museum and features a planetarium, carousel, science labs, library and more. Here you can see the bones of one of the newest dinosaur discoveries, the Dracorex hogswartsia, named after the legendary Harry Potter school. Indy's top three running, hiking and biking trails are the Indiana Cultural Trail, Canal Walk and Eagle Creek Park. Get some fresh air while observing wildlife, wear out the kids, and get in a great workout at one of these spectacular parks. The White River State Park, on the western edge of downtown, is home to a number of cultural venues and offers bike rentals, gondola rides, and Segway tours. Home to the Indianapolis Colts (and host of the 2012 Super Bowl), the Lucas Oil Stadium is a state-of-the-art facility that also boasts excellent views of the Indianapolis skyline, thanks to the stadium's retractable roof.

How to Book Charter Flights to Indianapolis

Book Indianapolis charter flights with Stratos Jet Charters and experience one of the most exciting midwestern cities in elevated luxury and comfort. At Stratos, our team of knowledgeable aviation consultants aim to gain client loyalty by providing the highest quality customer service and by better understanding your unique private flight requirements. When you contact a Stratos agent, you'll be able to begin planning your private flight immediately and we can even have you ready for take-off within four hours. Flexible departure times and locations, enhanced entertainment and business capabilities, and increased security and privacy are just a few of the advantages you earn by flying privately with Stratos. We have access to more than 5,000 available private aircraft so you can request extra cargo space or ask for specific seating configurations to accommodate children, pets or business meetings. Stratos can arrange private jet charters and large group charter flights of 20 passengers or more to Indianapolis.

Find airports near any location worldwide

Indianapolis is served by several high-quality airports. Indianapolis International Airport (IND) is the major commercial airport in the city and the largest in Indiana and is located seven miles southwest of downtown. Those boarding an Indianapolis private charter to Indiana can also land at Indy South Greenwood Municipal (HFY), which is 10 miles southeast of the city center, and Eagle Creek Airpark (EYE), which is seven nautical miles west of the central business district of Indianapolis.