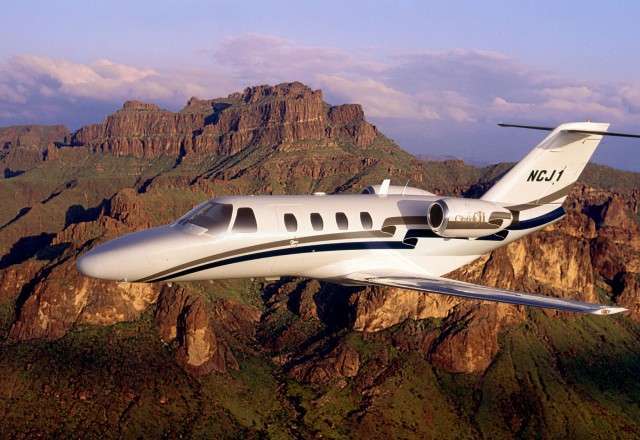 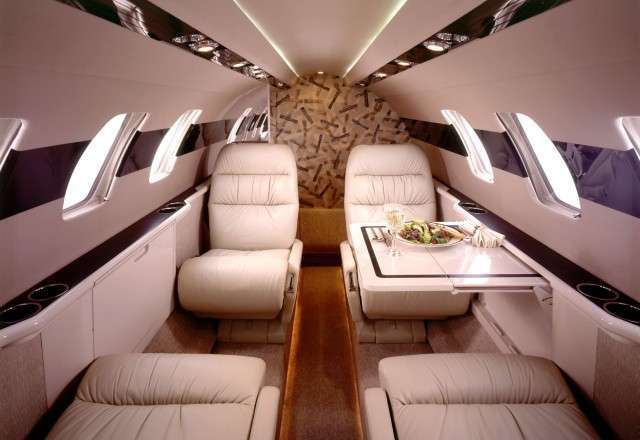 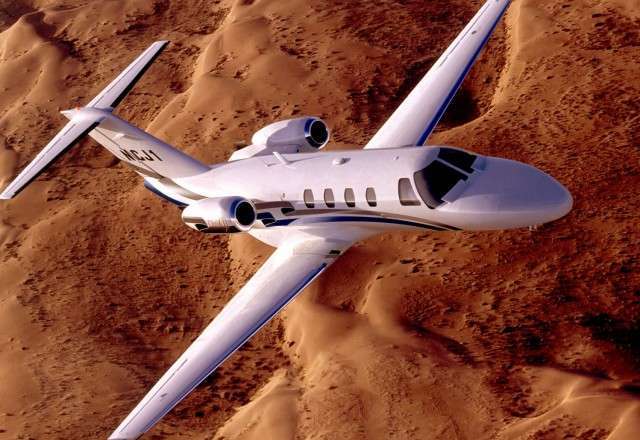 The Citation CJ1 (CitationJet) is a twin-engine light business jet that combines versatility and comfort along with low operating costs to provide an economical private jet charter flight. Powered by a pair of Williams FJ44-1AP turbofans, the CJ1 is an outstanding competitor as an entry-level light jet, with cruising speeds of 447 mph.

The CJ1, which first took flight in 1993, has the ability to land on a runway as short as 3,500 feet, and is a logical alternative to a turbo-prop aircraft. The CJ1 is also an exceptionally quiet aircraft, complete with acoustic-blanket soundproofing, perfect for executives who need to catch up on some work (or sleep) during their flight.

With seating for five and a range of 1,094 nm, the Citation CJ1 is ideal when considering a private jet charter flight from places such as:

Developed as a replacement for the original (and immensely successful) Citation I, the CJ1 is a pilot’s dream, as it features a modern avionics suite and single-pilot certification. The latter option offers greater flexibility when organizing a private jet charter flight, while also reducing operating costs.

And despite an increase in payload over the Citation I, the CJ1 actually flies faster than its predecessor.

Despite it’s economical operating costs, the Citation CJ1 is no slouch when it comes to in-cabin comfort. It features a number of amenities designed to make your business or luxury travel itinerary an enjoyable experience:

Compare Other Private Jets to a Citation CJ1