Impersonation, Impairment And Fatigue of a Pilot 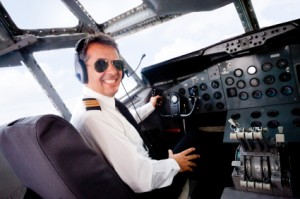 You have certainly seen if you follow the news, a man was recently caught impersonating a pilot on a commercial plane scheduled to fly from Philadelphia to West Palm Beach, Fla. According to the FBI, Philippe Jernnard, 61, of France, boarded a U.S. Airways flight on March 20th posing as a pilot and was only discovered after the doors were closed for takeoff.

Reports state that the gate agent had finished boarding and closed the plane’s doors for takeoff, and only then did crew decide to report Jernnard sitting in the jump seat behind the Captain’s seat, his carry-on bag stowed in the cockpit. Crew told authorities Jernnard was in uniform and had informed them he was an Air France pilot who knew how to fly 747s “which they believed” and they only became suspicious when he had trouble opening the jump seat. When Jernnard was removed from the plane, police found an Air France ID card that had been changed to match his name.

You may believe situations like this one are largely in the realm of fantasy. However the infamous con job of Frank Abagnale, who talked his way into the cockpit of numerous commercial flights and was chronicled in the movie “Catch Me If You Can”, shows that it is very possible. They are a number of occasions where the situation has also happened before, sometimes with frightening results. Of course the Sept 11, 2001 attacks were by far the most significant case where civilians talked their way into the cockpit, not discovered until the planes had actually taken off. Pilots with improper credentials have slipped through the cracks in other instances as well.

Another possible danger is that of an impaired pilot. Just one month ago on February 16th, a drunk pilot delayed a Frontier Airlines Flight from Omaha to Milwaukee for two hours after he was thankfully reported by a shuttle driver, and a new pilot had to be found. Once again you may think this situation is extraordinarily rare, but according to FAA documents there have actually been 134 cases of allegedly drunk commercial pilots reported over the last 12 years in the U.S. How many more times the situation has gone undiscovered we will never know.

Other than the incredibly stringent pilot screening done by Stratos Jets and our partners, there are major differences between commercial and jet charter flights. On a chartered flight, you actually meet the pilot face to face, you shake his hand and talk with him about your flight itinerary; he often loads your bags himself. In other words, you know the Captain of your flight. Stratos Jet Charters always demands two highly-qualified pilots in command for every jet charter flight that we broker as well, which further reduces the risk to your flight effectively to zero.

Another danger of commercial and private flights is the case of fatigued pilots. Though strict FAA regulations dictate the number of hours a pilot can fly during certain time periods, some operations and crew disregard FAA rules and fly (illegal) jet charters, which only adhere to the much less stringent Part 91 vs. the proper Part 135 regulations.

At Stratos Jets, jet charter safety is our top priority, every day. That’s why we require that the Captain of every flight we charter is ATP-rated, the highest level of pilot licensing in the U.S., representing the most well-experienced and trained pilots in the nation.

Every domestic flight we broker is audited by leading third-party auditors Wyvern and ARG/US, the highest standards for flying safety and excellence in the industry. Unlike some competitors, we would never work with an operator that was not fully-compliant with Part 135. The safe, secure and comfortable flying of our clients is something we take very seriously.

When planning your next charter trip, call one of our experienced private flight advisors at Stratos Jet Charters at (888) 593-9066 to provide you with a quote and to arrange your flight. We promise the best available jet charter rates on the safest, most appropriate aircraft for your charter itinerary. We’re available to you 24 hours a day, 7 days a week, and can arrange your flight with as little as four hours notice.