Would You Fly in a Pilotless Aircraft? 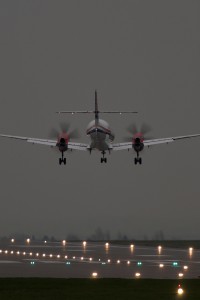 As science continues to evolve, aircraft technology is reaching heights that people had never thought possible. Pilotless planes are now on the horizon for civilian flights. The armed forces have used unmanned aircraft for some time now, but are restricted to fly in military war zones only. Jetstream on the other hand, has a vision of developing a commercial aircraft that can operate in the same skies as manned civilian flights one day. Although at this point in the developmental process it is too new of a concept to adopt for passenger travel, engineers behind the technology do believe passengers flying in totally pilot-less planes are the future of air travel.

The reasoning behind the development of a robotic aircraft is to carry out missions that are too high-risk for onboard pilots. However, a pilot remains on ground to over see operations and make any last-minute emergency decisions if necessary. Researchers are also finding that unmanned aircraft are able to out perform human thinking and at a lower cost can carry out tasks such as traffic monitoring, border patrolling, police surveillance, checking power lines, monitor forest fires, nuclear-power accidents, and search missions.

Engineers have designed the system to detect certain clouds to avoid adverse weather conditions; infra-red detectors to detect machinery or living organisms in an area where an emergency landing may need to take place. If the detectors identify heat of some sort the system will re-route to the nearest opened field. More intelligent than auto-pilot and capable of almost of decision making jobs of a pilot, the unmanned aircraft is the aircraft of the future.

Britain’s Jetstream 41 is the first aircraft to go on a test flight over the Irish Sea and pilots onboard explained how the system was able to detect problems before they could. The pilotless program is very well capable of making proficient decisions and safe from human error.

ASTRAEA (Autonomous Systems Technology Related Airborne Evaluation and Assessment), the organization responsible for running the tests flights, has collected 99 million dollars in investments from the British government enabling them to perform extensive research and developmental process. Safety is their number one priority and until the program is seamless, unmanned aircraft will continue in military operations only.