You’ve always wanted to experience the Golden Age of Steam Travel, and now is the time. A private jet charter flight can take you anywhere you need to go to enjoy these rail wonders. Each year, it becomes harder to maintain the Great Steam Engines, and this is creating an underlying urgency to marvel at these historic engines sooner rather than later. Thankfully, Stratos Jet Charters can get you there before they’re all gone. Here are our top 5 steam destinations in Europe and the US:

Step back in time as you travel on a historic 1874 Victorian railway. Children will love this train line, especially if they are Thomas the Tank Engine fans. The film, “Thomas and the Magic Railroad” was made on the Isle of Man. Of course, this destination isn’t just for the kids. Everyone can enjoy the stunning Manx countryside, ancient buildings, and the Railway Museum in Port Erin.

Using 19th Century steam engines, this journey begins at the Volgelsheim station, built in 1880. Passengers travel through the enchanting Alsatian countryside. From there, the journey continues by boat, sailing past the gorgeous Black Forest and first-rate views of 13th century Breisach castle, before returning by steam train. 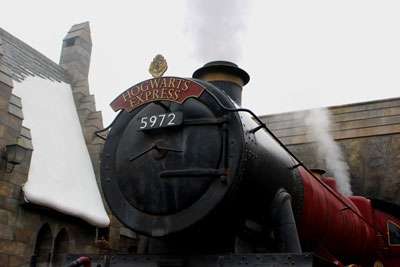 This train starred as the “Hogwarts Express” in the Harry Potter films and is probably the world’s best-known train. A private jet charter can get you to Edinburgh quickly so you can spend two amazing days touring the Scottish Highlands by rail. Breathe in the local history at Britain’s highest mountain, deepest loch, and major battlefields. Cross the viaduct featured in the Harry Potter movies and stop for lunch on the west coast at Mallaig, boasting Scotland’s best seafood.

The historic Durango line has been in operation since 1882. It was built to haul silver and gold ore from the San Juan Mountains, but passengers discovered the views were just as unique. Thrill at Colorado’s mountain grandeur with views you can’t see from your private jet charter. Plus, the railroad features Theme Rides, including a wine-tasting ride, Halloween Pumpkin ride, and a spooky Ghost Train.

This National Historic Landmark steam engine carries you on an incredible 64-mile day trip. The track winds through canyons, high deserts, and green meadows found between the Colorado and New Mexico border. Ride in Victorian elegance in the deluxe parlor car during the Fall when the aspens turn golden in the autumn light for a truly stunning experience. We also recommend trying the Saturday night sunset dinner train, featuring live music and a tasty prime rib dinner at Cumbres Pass. If you’re looking for a private jet charter company that can arrange luxury charter flights to anywhere in the world, including the locations where these exciting steam engine trains await, call Stratos Jet Charters —888-593-9066.