Flight into known icing, referred to as FIKI in industry jargon, is a challenging situation for any pilot in command of private jet services. The safety of passengers and crew is paramount in these instances, and a pilot’s ability to understand both the aircraft’s limitations and the necessary procedures to maintaining controlled flight are essential. Flying in icing conditions can severely impair an aircraft’s performance, and can lead to both tailplane and wing stall. Fortunately, industry research and technology have allowed governing bodies to improve the certification process for aircraft that can fly in icing conditions, as well as recommend effective operational procedures to mitigate the risks associated with FIKI.

A Look Back in Time

In order to understand FIKI, researchers with the Federal Aviation Administration, NASA and the Aircraft Owners and Pilots Association looked back at non-fatal incidents over the last 30 years to see what caused these incidents. What they discovered was that the:

The latter phenomenon held true for many different makes and models of aircraft. As a result, safety authorities developed an enhanced set of rules and cockpit procedures to mitigate ice-induced stall to maintain controlled flight while cruising, as well as during approach and landing.

You might believe your aircraft is certified to fly in icing conditions—the AFM might even tell you it is—but it might not meet the current standard. Even if an aircraft is brand new, a pilot shouldn’t assume that it’s certified to the most current standard without proper verification. For instance, in the case of ice-contaminated tail plane stall, any aircraft that was certified after 1994 will meet the current standard. As such, pilots can simply follow that particular aircraft’s AFM limitations and procedures when flying private jet services in icing conditions. So long as they do this, any aircraft performance anomalies should be attributed wing stall. If an aircraft was certified pre-1994 (or wasn’t certified at all), the pilot should:

Of course, either of latter two actions will cause an aircraft to require a longer landing distance. In some instances, operators flying private jet services might be required to reduce weight limits to compensate for this as well. For more on this subject, read: Is the Runway Long Enough for that Jet? Private Planes and Runway Length. 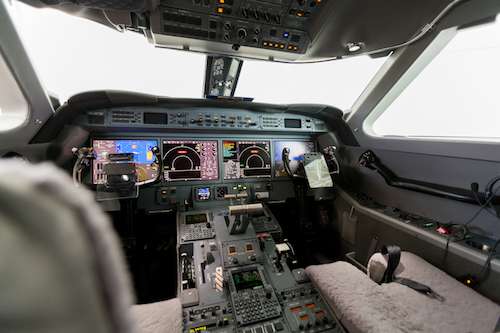 Be Aware of Wing Stall

In the past, many instances of wing stall have wrongly been attributed to things like:

Paying attention to airspeed is critical to determining the type of stall an airplane is experiencing. If autopilot is engaged, pilots must remain diligent in verifying airspeed during FIKI. An unexpected decrease in airspeed can typically be attributed to wing stall. One of the first things a pilot might notice during a lead-up to a wing stall due to icing is an increase in drag. This will cause the plane to require more power to maintain a specific speed than it normally would. This is why it’s critical for pilots to constantly monitor airspeed, especially with autopilot engaged. In fact, it’s good practice to periodically disengage the autopilot during FIKI in order to manually assess handling and performance. Research has shown that stall speed can increase by as much as 20 knots for a small airplane, even one equipped with an ice protection system.

While tailplane stalls are less common than wing stall, pilots still need to know the difference between the two, as the recovery procedures for each is dramatically different. In order for a tailplane stall to occur, the pilot has typically just engaged full (or near full) flap deflection, or increased to maximum power. If the flaps aren’t deployed, the issue lies elsewhere. When a tail stall is imminent, a pilot might notice several things:

What to Do in Icing Conditions

In order to climb out of icing conditions, fly at or above your airplane’s minimum speed for icing, rather than rely on your stall warning indicator. It should also be noted that climb performance could be significantly degraded due to icing, and that descending to a lower altitude might be the only safe option available. For instance, if you are unable to maintain a safe minimum airspeed, do not attempt to climb out of icing conditions. Instead, begin a descent to trade altitude for airspeed to avoid a stall. Also, pilots must maintain clear communication with ATC and indicate a need to exit icing conditions as soon as it becomes necessary. Don’t hesitate to declare an emergency if the safety of flight is in question. For quality private jet services, talk to the air charter experts at Stratos Jet Charters. Our associates will help you organize the safest aircraft that are equipped with the most modern equipment and amenities.