Have you been impatiently waiting for Fashion Week since…oh…last September? Is this the year you finally get to cheer on tennis star Roger Federer as he heads towards another grand slam at the US Open from the front row? Or perhaps you’ve been dying to see your favorite cast clean up at this year’s Emmys. With the convenience and speed of private jet flights you could hit all three of these can’t-miss September events for the whose who of tennis, fashion and TV. 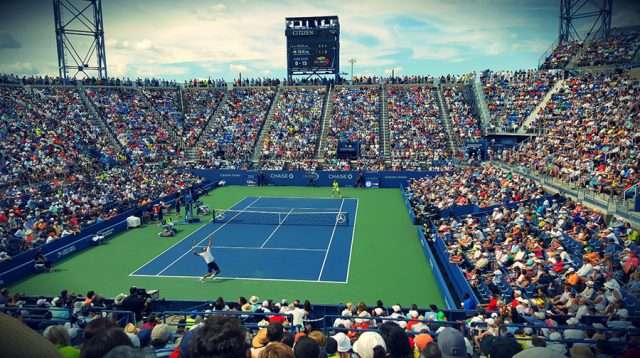 Imagine looking down on the hard courts at Arthur Ashe Stadium in New York to watch some veteran and rising tennis stars serve their way to the finals. Although defending men’s champion Stan Wawrinka of Switzerland isn’t playing this year due to knee surgery, big-ticket players Roger Federer and Rafael Nadal will be there, as will some up-and-coming players. On the women’s side, Venus Williams is expected to play, while her sister and former champion Serena Williams is bowing out due to her pregnancy. However, Spain’s Garbine Muguruza, who defeated Venus at this year’s Wimbledon final, and Romania’s Simona Halep are expected to do well. 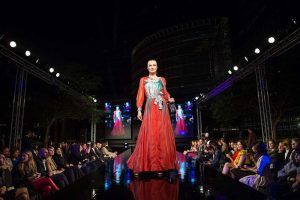 If you’ve booked private jet  flights before, then you know a private jet is the way to go to catch one of the hottest fashion events in the world. Internationally renowned designers such as Tom Ford, Ralph Lauren, and Fenty X Puma (singer Rihanna’s label) will be showing their spring 2018 collections draped on runway models who are just as known to fashionistas as are the celebrities in the audience. Held a top galleries and venues around NYC, this event is must for those who consider clothes as art.

Los Angeles, CA. SEPT. 17.  Flying to LA aboard a commercial airline at this time of year can be a tad…hectic, but booking private jet charter flights makes the trip go a whole lot smoother, especially if you’re raring to check out TV’s biggest event of the year. Expect more than a few well-directed arrows pointed at the White House when Stephen Colbert hosts the 69th Primetime Emmy Awards at downtown LA’s Microsoft Theatre. Although Game of Thrones is not in contention for best TV drama this year (due to the delay in its production schedule), there will be plenty of other dramas, comedies, and series to cheer on. This year’s even features more than a few stars up for hardware. Some of those include seasoned actors such as Viola Davis, Anthony Hopkins, John Lithgow, Kevin Spacey, Jane Fonda, Robert De Niro, and Geoffrey Rush, Benedict Cumberbatch, Alec Baldwin, Julia Louis-Dreyfus, and many others. For more on destinations aboard private jet charter flights, visit Stratos Jets’ Private Jet Flights Around the World destination directory. Don’t delay. Stratos Jet Charters can help you to get to your destination, whether it’s New York City or LA, by connecting you with private jet flights, including one-way, empty-leg and deadhead flights that will save you money.