The phrase ‘Sweet Home Alabama’ perfectly describes this diverse and welcoming state. From the majestic Appalachian Mountains of Northern Alabama to the white sandy South coast beaches, and everywhere in between, your visit to Alabama will be filled with delicious food, fascinating history, soulful music, and exhilarating adventure.

Book a charter flight to Alabama 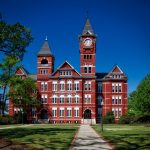 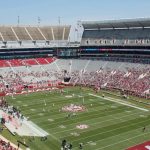 Building a bridge to the future in Alabama 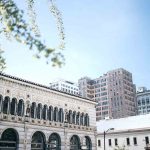 Travel to the Magic City and former industrial center of America; now a beautiful city filled with Southern nuances.

Famous for its role in the struggle for equality, it is here that Dr. Martin Luther King, Jr., preached, marched and changed history. Today, Alabama celebrates its rich diversity and historic achievements.

Things to do in Alabama

Tourism is booming in Alabama, and it’s not hard to see why. With little rainfall and plenty of warm sunny days, you’ll have lots of opportunity for adventure and discovery! Alabama’s beaches are the main attraction in the south, with sugar white sandy beaches and the warm waters of the Gulf Coast. And to the North the majestic Appalachians Mountains draw visitors for hiking, camping, bird watching, boating, and rock climbing. Alabama is steeped in history and history buffs will want to tour historic homes and sprawling plantations. You can step back in time at any of Alabama’s Civil War Historical sites or celebrate Native American history at a variety of Native American museums and heritage centres. Alabama also has a rich musical history, with several music festivals and museums that keep the music scene thriving. Known as one of the greatest food destinations in the USA, while in Alabama you can sample slow-cooked Southern dishes, international fine dining, and fresh caught seafood. It’s also known as the birthplace of America’s space program. Plan to tour the U.S. Space and Rocket Centre in Huntsville or the McWane Science Centre in Birmingham. Don’t forget to check out the Talladega Superspeedway, the world’s fastest and most competitive speedway.

Getting there is easy. With 99 regional and international airports spread across the state, your Alabama jet charter flight will be made to feel welcome where ever you choose to land. Some of the most popular destinations include: Huntsville Huntsville is Alabama’s most northern major city. Huntsville International Airport services flights of all types including private jets and large commercial airlines. Birmingham Located right in the central heart of Alabama, Birmingham serves as the major hub of air travel for the state. The Birmingham-Shuttlesworth International airport is modern, efficient and can handle all aircraft types. Montgomery Situated in South Central Alabama, Montgomery is the capital city of Alabama and is home to the Civil Rights Memorial and Montgomery Zoo. The Montgomery Regional Airport is just 6 miles southwest of the city centre and hosts flights from around the world. Mobile Mobile is a port city on Alabama’s Gulf coast. It’s a melting pot of people, cultures and traditions, and home to America’s original Mardi Gras. Mobile is served by the Mobile Regional Airport, a combined public/military airport located 13 miles west of the city.