All About Dassault Aviation

With a history that predates World War II, Dassault Aviation is truly a pioneer in the world of modern aviation. To this day, the French-based aeronautics manufacturer—a division of Dassault Group—is still regarded as a forward-thinking company, even after a century in the industry.

Company founder, Marcel Dassault (then known as Marcel Bloch), got his start in aviation with the creation of the Éclair propeller, which was used by aircraft of the French Air Force in World War I. Since then, the company has kept up with the times, expanding its product offerings in several key sectors:

Dassault Aviation, which is now headed by Eric Trappier, employs nearly 12,000 people and has operations in more than 80 countries worldwide.

Among its military offerings are the: 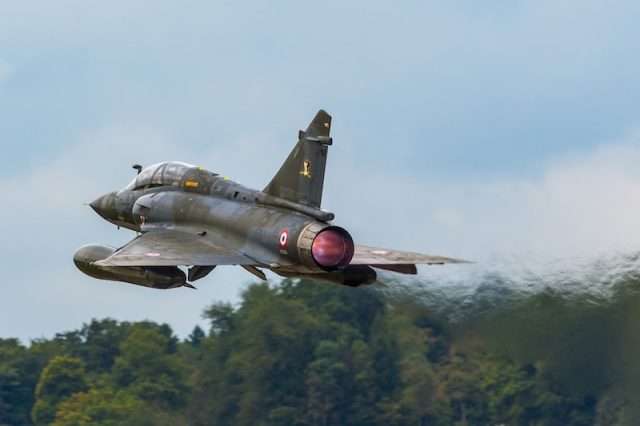 However, the bulk of the company’s production lies in its immensely successful Falcon series of business jets. Due to Dassault’s military background, these luxury jets benefit from some of the most advanced technology and design innovation found anywhere in the world.

In fact, Dassault is currently the only company with tri-jet business jets in production. These include the:

For a midsize jet, the Falcon 20 boasts plenty of space. Its 24-foot-long cabin is one of the longest in its class. With a full complement of eight executives, it can still fly up to 1,800 nautical miles nonstop. As a result, the following popular city pairings are within its reach:

Dassault produced more than 350 Falcon 50s between 1976 and 2008. With its tri-jet capabilities, this aircraft delivers exceptional runway performance in the super-midsize class. It requires as little as 4,700 feet of runway for takeoffs. It also features:

The Falcon 50 became the first aircraft in the Dassault fleet to offer North Atlantic crossings.
Find out more about Dassault Falcon 50 charters. 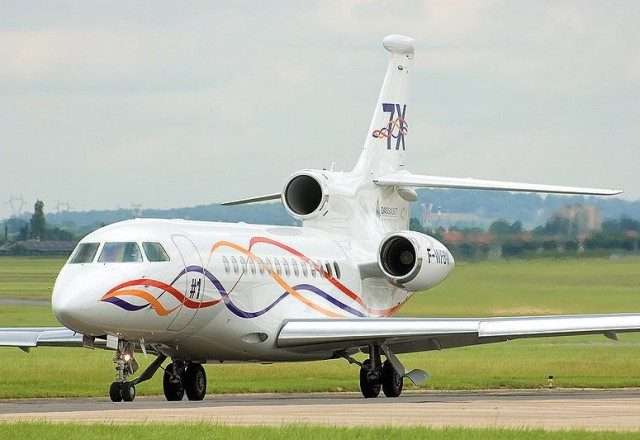 Dassault offers a number of intriguing private jet charter options in the heavy jet category, including the:

While the original Falcon 2000 offers a well-rounded blend of cabin space, fuel economy and speed, subsequent variants served to enhance performance. The 2000EX boosted the aircraft’s maximum range to an impressive 3,800 nm.

Meanwhile, the Falcon 7X, the company’s top-of-the-line business jet, is arguably the most advanced civilian jet in existence. It utilizes fighter jet technology and a tri-jet format to deliver a tantalizing combination of:

To learn how business jets like the Dassault Falcon family can raise your corporate profile, read: How Corporate Jet Charters Can Complement Your Business Strategy.

To avoid the hassle of arranging your own private jet charters, call Stratos Jets. Our charter associates have the expertise to coordinate the appropriate aircraft for your specific air travel needs. You can reach us anytime by calling (888) 593-9066 (toll free) or request a quote online.