Explaining the Taxes You Pay as an Air Charter Consumer 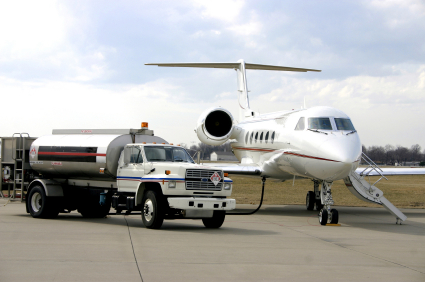 As the U.S. economy searches for ways to regain its footing, and the state and Federal government look for more ways to balance their budgets, the subject of taxes has become more important than ever. Some jet charter users may have questions on the taxes levied on the air transportation services that are being provided to them. Here is a brief outline. The primary way that taxes are levied upon both private and commercial aircraft operators is through the FET, or Federal Excise Tax. This fee due to the government is administered through either fuel taxes or percentage of total cost/headcount taxes. FUEL TAXES For recreational or otherwise non-commercial (FAR Part 91) flying, the fuel tax is set as a cents-per-gallon fee/tax. Aviation gasoline (most often used in smaller, propeller-driven aircraft) is taxed at the rate of 19.4 cents per gallon; jet fuel is taxed at the higher rate of 21.9 cents per gallon. This tax is not a real concern for most jet charter users, except for those who are flying with illegal, Part 91 operators. PERCENTAGE TAXES For commercial transportation including jet charter (FAR Part 135), the FET takes the form of a percentage tax or a head tax, or both. The traditional FET is a percentage tax on the total amount paid for air transportation. There is also a segment fee due on each domestic segment, and a head tax which applies to international transportation of persons and other specific flights. Commercial airlines and charter operations also pay a reduced rate of fuel tax at 4.4Â¢/gallon. These taxes are used primarily to fund airport and Air Traffic Control operations throughout the country, and are thus very important to air transportation system in the U.S. However, it should be noted that commercial aviation (Part 121 businesses) is by the far the largest user of these services. NEW CHANGES AND POTENTIAL ONES There were a few increases in the FET that went into effect on January 1st of 2012. Thankfully the percentage tax of 7.5% for commercial flights was left unchanged, while the domestic segment fee (paid for each segment of a flight itinerary) increased 10 cents to $3.80. Other fees for international and Hawaii/Alaska-bound travelers have also been increased. A bill has been recently introduced by Sen. Jay Rockefeller (D-W.Va.) and Sen. Trent Lott (R-Miss.) that would completely eliminate the tax paid by commercial jets, while increasing the general aviation fuel tax rate from 35.9 to 49 cents per gallon. ENFORCEMENT In recent years, as government agencies like the Internal Revenue Service (IRS) have become much more interested in their potential “revenue sources,” their auditors have become more aggressive in their audits of aircraft management companies and charter operators. These auditors have begun assessing FET on a wide variety of non-commercial flight operations, including flights conducted by aircraft owners under FAR Part 91 when the aircraft is managed by an outside management company. It’s also important to mention that the IRS and Federal Aviation Administration (FAA) can have different views on what constitutes commercial and non-commercial operations. In certain cases, an operation that is viewed as non-commercial by the FAA may actually be viewed as commercial by the IRS for FET purposes. At Stratos Jets, we support straightforward tax laws and regulations, so that all operators clearly understand how their flights will be categorized and taxed. We hope that we have given you a better understanding of the taxes you pay as a jet charter consumer. We believe that business aviation produces economic growth, and results in increased productivity and the expansion of companies nationwide. This increases overall employment and thus the total tax base at the same time creating a win-win situation for everyone. That’s why we would oppose any new legislation that would raise taxes on FAR Part 135 operators and their customers, who we believe are certainly paying their fair share already.