All About Gulfstream Business Jets

There are business jets, and then there are Gulfstream business jets. From the time the company introduced the original Gulfstream GI in 1959, it has continually pushed the boundaries of product innovation and technology. As a result, it has:

After establishing itself as a warplane manufacturer, Grumman Aircraft Engineering Corporation, led by cofounder Roy Grumman, decided to focus on civilian aviation following the conclusion of World War II. The twin-turboprop Gulfstream GI was the result, and this purpose-built business aircraft established Grumman (as the company was then known) as an industry leader.

The Gulfstream GII was the first business jet to cross the Atlantic Ocean nonstop in 1968.

Since then, Gulfstream business jets have been a dominant force. Their aircraft have led to a number of industry firsts, including:

Additionally, when Gulfstream introduced the G650 in 2012, it held the distinction as the world’s fastest business jet. However, Cessna has since reclaimed that title with the upgraded Citation X+.

Gulfstream has also claimed a handful of prestigious Robert J. Collier Trophies over the years. Awarded by the US National Aeronautic Association, this industry honor recognizes “the greatest achievement in aeronautics or astronautics in America, with respect to improving the performance, efficiency and safety.”

Other Gulfstream business jets to merit this award include the:

Headquartered in Savannah, Georgia, Gulfstream Aerospace is a subsidiary of General Dynamics. The business jet manufacturer currently employs a staff of more than 13,000 around the world.

Gulfstream business jets cover a range of segments in the charter market, including midsize, super-midsize and heavy jets. Here is a look at the most popular options available to charter clients: 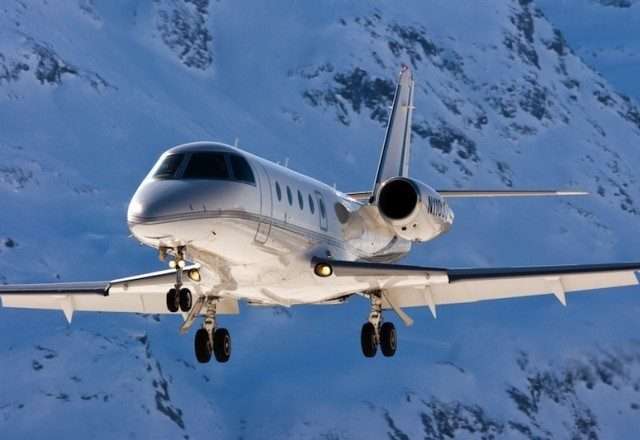 With the ability to fly from New York to Los Angeles in less than six hours, the G150 is the ideal private jet charter for corporate executives on the go. Its cabin is capable of seating up to eight passengers, and it features 80 cubic feet of storage space.
Find out more about Gulfstream G150 charters.

The Gulfstream G200 and its significantly more advanced successor, the G280, are tremendous competitors in the super-midsize class. 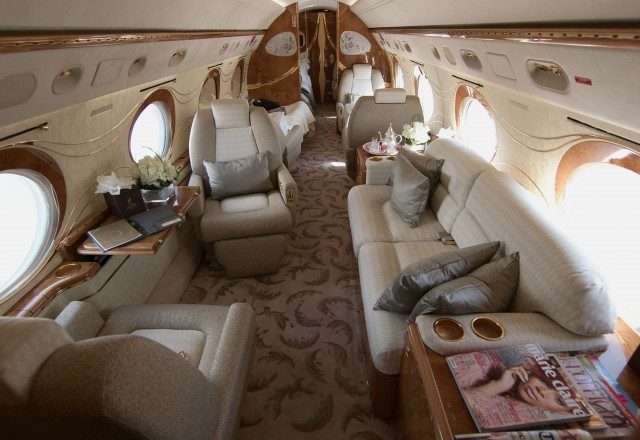 Interior of the Gulfstream GIV-SP

Without question, Gulfstream’s largest presence lies in the heavy jet market. From the tried-and-tested Gulfstream GII (many are still in service four decades later) to the ultra-sophisticated G650, there are plenty of charter flight options here. Other popular choices include:

If you’re interested in chartering Gulfstream business jets, talk to one of our knowledgeable air charter associates at Stratos Jets. We have access to an extensive worldwide network of charter aircraft, which allows us to pinpoint the ideal aircraft for your travel needs. Call us anytime—(888) 593-9066 or request a quote online.