Could you imagine continually leaving a multi-million-dollar jet out in the elements with no protection? You might do that with an old, beat-up pickup truck, but it would be unthinkable with something as valuable as a private jet charter aircraft. Thankfully, there are purpose-built airplane hangars that allow charter operators to:

The original airplane hangars were far less sophisticated than they are today. They were, in fact, nothing more than farm outbuildings. The word is actually derived from the French word ‘hangard,’ which loosely translates as ‘enclosure near a house.’

Soon after aviation pioneers began taking to the skies in the early 1900s, hangars soon followed. As the saying goes: necessity is the mother of invention.

A good example of this is French pilot Louis Bleriot. He crash-landed his airplane in a field in northern France in 1909 as he was attempting to cross the English Channel. Needing a place to assess and repair his plane, he stored it in a nearby farmer’s cattle shed.

Before that, in 1902, the Wright brothers stored their glider, known as the Wright Flyer, in a wooden hangar in North Carolina. With a wingspan of nearly 40 feet, the structure had to be purpose-built.

Evolving with the Industry 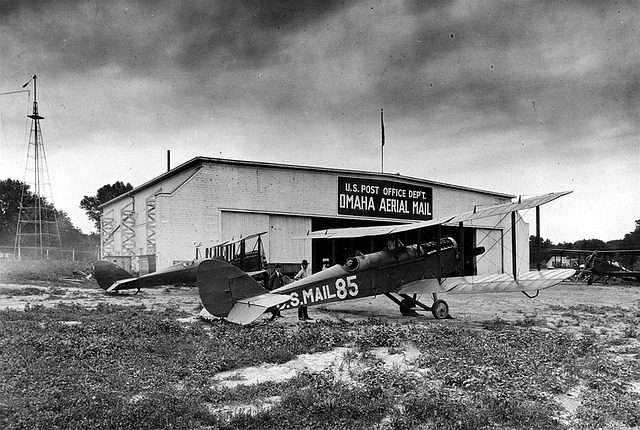 While early airplane hangars were invariably made of wood, advances in manufacturing technology led to the creation of steel and concrete versions as well.

And as the size of the aircraft increased, so too did the size of hangars. In addition to needing a clear, open span to house the aircraft, they also need entranceways wide and tall enough to fit them in the building. To be practical, modern hangar designs use a variety of door types, depending on the application. This includes: 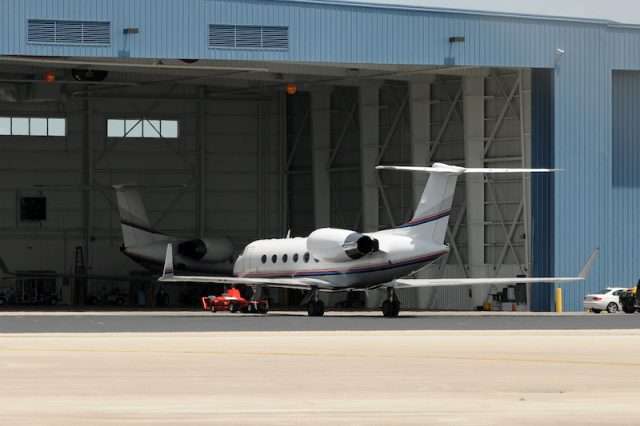 These days, anything with a span of less than a 100 feet would be considered a small hangar. When you consider that even a light private jet charter aircraft can easily have a wingspan in excess of 40 feet, you start to understand why. For instance, the Cessna Citation Mustang has a wingspan of 42 feet.

In addition to housing the aircraft itself, the maintenance team needs to have sufficient room to work around it. They also need access to all of their tools, materials and equipment close at hand. Furthermore, some owners prefer to store multiple aircraft under one roof.

The largest airplane hangars, which can be in excess of 400 feet, are incredibly complex structures. They’re needed to store some of the largest private jet charter airliners in the world, including:

Additionally, these aircraft are longer than they are wide, which means their hangars require a massive building footprint.

For access to a range of private jet charter aircraft, call Stratos Jet Charters. We coordinate charter flights for everything from light jets all the way up to charter airliners—call us toll-free at 888.593.9066