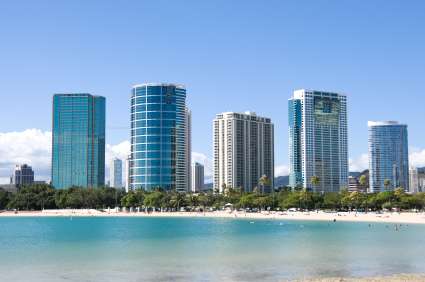 We released our “US Airports Ranking” study this week.

Through 2019 we tracked the flight data of 360 airports across every state in the US.

Hawaii was the only state to have 3 airports in the top 10.

All 5 Hawaiian airports studied appeared in the top 20 of the 360 airports analysed.

Hawaii not only boasts the top ranking but also the top aggregate ranking across all its airports compared with the other states.

Hawaii’s airports were amongst the best in terms of flight delays* at 5-11%, compared to Massachusetts who ranked worst with delays from 26% to 37% in some of their airports.

Hawaii’s airports had less than 0.5% flights cancelled which makes them one of the top performers in this category.  Compare this to the overall average of 2.5%.

Hawaii has 5 airports in the top 20.  This makes them the top state for airport performance.

We tracked 6,796,274 flights from 360 airports in every US state between January 1st 2019 to December 31st 2019.  We ranked each airport individually based on each of 5 factors: (1) number of flights, (2) percentage of flights delayed*, (3) percentage of flights cancelled, (4) average number of minutes delayed across all flights and (5) average number of minutes delayed due to security reasons.  We then combined these rankings to give an overall ranking.

* A flight was considered delayed if it departed more than 15 minutes after its scheduled time.

We grant permission to use the images and data found on this page freely. When doing so, we ask that you kindly attribute the creators by linking to (1) StratosJets.com and (2) this page so your readers can learn more about the project and its methodology.

Source: US Dept of Transportation