Whenever you step aboard a private jet charter, you can always count on a warm greeting from the pilot (two if you’re flying with Stratos Jet Charters). They’ll even help you with your baggage and get you comfortably settled onboard before whisking you away to your chosen destination. But our industry is facing a very real problem these days: there aren’t enough pilots to go around at the moment. This disturbing trend is being felt in both the commercial and business aviation communities. It begs the question: where have all the pilots gone? The shortage can be attributed to a number of factors:

The increased demand for air travel across all sectors, coupled with the lack of people taking up piloting as a career, are the two primary drivers of this shortage. While many airlines have since recalled pilots that were furloughed from a decade ago, many have left the industry to pursue different career paths. This pilot shortfall is already being felt by many smaller regional airlines, as well as low-cost carriers, that are being forced to amend their services and operations, including:

In some cases, regional airlines are replacing smaller, lower-occupancy aircraft in their fleets with ones with larger seating capacities in order to maximize the number of passengers they can transport with their available pilots. 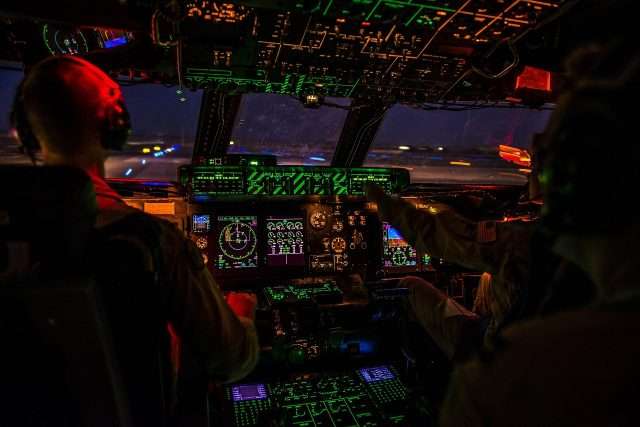 Major commercial airlines in the United States are hiring at a rate not seen since before 9/11. They are competing with one another to hire—and more importantly, retain—whatever talent is available. Where they could once select the most experienced and skilled pilots to fill vacancies, they are now being forced to lower their standards. In a bid to boost personnel numbers, many major airlines are actively trying to pry pilots away from the private jet charter sector and smaller regional operators. They are successfully able to do this by offering a combination of:

It’s difficult to blame them for this tactic. By enticing business aviation pilots to work for them, commercial airlines know they’re getting a highly trained employee. Most private operators require their pilots to meet the highest standards for experience and training. In fact, many private jet pilots start out as commercial airline pilots before joining the jet charter industry. Further to that, at Stratos Jet Charters, we require the operators we work with to meet our own safety criteria. For example, Pilots in Command must have:

First Officers must also meet stringent training requirements. To learn more about pilot training, read our post: Business Jet Pilots: Why Time in Type Matters for Air Charter Safety. Now, the trend is reversing, as the airlines, recognizing the need for more pilots, are offering better pay and incentives. The National Business Aviation Association (NBAA), drawing on results from its annual Compensation Survey, published an article comparing the salaries of commercial airline and business aircraft pilots. Depending on the size and type of aircraft, a senior captain flying a business jet in 2017 earned between $106, 536 and $176,288. According to the Allied Pilots Association, an American Airlines pilot earned between $239,363 and 298,972, depending in the size of aircraft. As you would expect, having to pay higher salaries to hire and retain pilots will affect any company’s bottom line. This will only serve to increase the cost of air travel, as the extra expense will be transferred to the consumer. However, it’s worth noting that pilot salaries represent only fraction of a charter operator’s overall expenses, the largest of which is fuel. 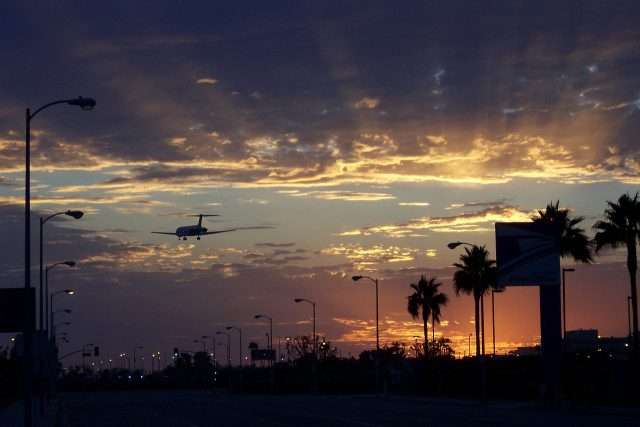 With the higher rates of pay and benefits packages, you’d think that every pilot would want to work for an airline.

Obviously, this isn’t the case. There are a few factors that often go overlooked when comparing piloting for an airline versus business aviation. One of the most important is the aircraft themselves. In general, most private jets, especially modern ones, are easier to fly due to their advanced avionics systems. This, in turn, makes for a less stressful work environment. Furthermore, smaller business jets are able to access smaller airports, giving pilots an opportunity to visit different destinations. And because the customer chooses the route, you’re always flying along new flight paths. So, if you like a little variety in your life, piloting a private jet charter might be the way to go. Another point worth considering is that many charter flights occur during daylight hours and are relatively short in duration. Depending on the size and range of the aircraft you’re flying, a pilot will often be able to return home at the end of the day. A good example of this would be if a pilot were to fly a group of business executives to an out-of-town meeting, and then return them home the same day.

Looking to the Future

According to the Boeing Pilot Outlook 2017, North America will require an additional 117,000 new pilots over the next 20 years to keep up with expected demand. That figure doesn’t include the private jet charter industry. To put that into perspective, according to 2017 U.S. Civil Airmen Statistics provided by the Federal Aviation Administration (FAA), there are currently 159,825 ATP-certified pilots in the United States. That it 57.7 per cent of what the Boeing report indicates the airline industry will require by 2036. As airline carriers increase their services and expand their fleets to accommodate the growing demand of consumers, pilots will become more sought after than ever before. This trend will be mirrored in the private sector as the number of operators and brokers increases. If you’re looking for a career that provides a good income and job stability, piloting is certainly worth considering.

This pilot shortage isn’t just limited to the US. The lack of qualified commercial pilots is a global issue, and the Boeing report estimates that an additional 637,000 pilots will be required worldwide to meet the growing demand. The Asia-Pacific region will experienced the highest demand, requiring an estimated 253,000 pilots over the next two decades.

In order to claim their fair share of new pilots, private aviation needs to be more proactive in reaching out. This includes not only those who have already chosen aviation as a career, but also individuals who are entering the workforce, but have yet to decide on a career path. This starts with letting today’s youth know that good-paying jobs exist in the jet charter industry. That means developing outreach programs where industry leaders visit places of education and make them aware of the career opportunities that await them in our field. This includes:

Fly with confidence when you book a private jet charter with Stratos Jets. We conduct third-party safety audits on every charter flight we arrange, and we only work with operators with pilots that are trained to the highest standards. For more information, or to begin planning your next trip, call us toll-free at888-593-9066, or start a quote online.