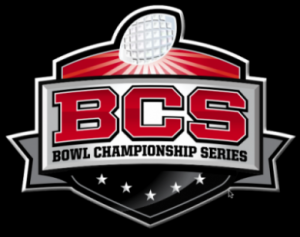 Discover BCS National Championship Game No. 1 Notre Dame vs. No. 2 Alabama January 7, 2013 Miami The BCS Championship Series as we know it is almost at an end. But in its 15th and second-to-last season, they found what just might be its greatest championship-game matchup ever. The final BCS Standings made it official: Notre Dame at No. 1, Alabama at No. 2. After Bama escaped Georgia 32-28 in a SEC championship game thriller, all the voting and computer processing became a mere formality. The game is college football’s version of hitting the jackpot, only the fourth time that the BCS Championship has featured a clash of top 10 programs, with storied Notre Dame as the sport’s third all-time winningest college program vs. tradition-rich Alabama checking in at eighth. The top-ranked Fighting Irish enter the game undefeated, the only BCS-eligible team to finish the season with a pristine record. Looming on the opposing sideline is the once-beaten Crimson Tide, looking for their third title in four years, and to bring the BCS championship back to the SEC for the seventh consecutive season. The teams combine for a total of 27 championships between them, and both have legions of rabid fans that can attest to their historic success and tradition. With millions of fans across the nation passionately rooting for both the Crimson Tide and the Irish, the anticipation and hype building up to the game on January 7 in Miami will surely reach a fevered pitch. And you can travel to Miami to see this historic matchup in the highest level of luxury and style with private jet charter service from Stratos Jets. Let us handle all the details big or small as to travel to the BCS Championship this season, from hotel reservations, luxury ground transportation – even tickets themselves! Or perhaps your alma mater or other favorite team is playing in one of the other exciting bowl matchups this year. We can get you to any game across the nation in the utmost of comfort and convenience, including the other four big BCS games: Allstate Sugar Bowl Florida vs. Louisville January 2, 2013 New Orleans Rose Bowl Stanford vs. Wisconsin January 1, 2013 Pasadena, Calif. Discover Orange Bowl Florida St. vs. Northern Illinois January 1, 2013 Miami Tostitos Fiesta Bowl Kansas St. vs. Oregon January 3, 2013 Glendale, Ariz. No matter your game, sport or destination – domestic or international – Stratos Jet Charters will get you there on the safest charter aircraft, best suited for your travel itinerary and at the best available pricing. Every flight we charter is audited by Wyvern or ARG/US, the industry standard in travel safety, and is commanded by flight crews with the highest levels of experience and training. Our single-point-of-contact air charter representatives are available to you 24 hours a day, 7 days a week, and can have the perfect plane waiting for you with as little as four hours notice. Give us a call at 888 478-7286 for a quote on your trip to the BCS Championship Game via private jet charter to Miami Florida or any other destination worldwide, and experience the Stratos Jets difference for yourself.