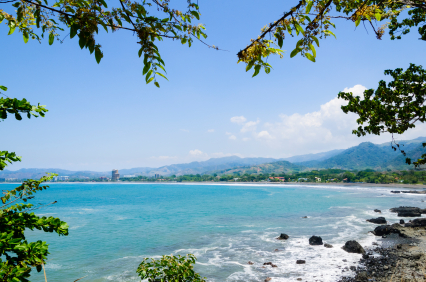 Situated between Nicaragua to the north and Panama to the south, the lush paradise of Costa Rica has been culturally influenced by indigenous groups, the Spanish conquistadores and African workers who came to the region during the 17th and 18th centuries. The immigration of Spaniards into the country has marked everyday life and culture from the 16 century until today, with the Spanish language and the Catholicism as primary influences. Costa Rican cuisine is a blend of Native American, Spanish, African and many other cuisine origins. Costa Rico also contains one of the most educated and socially conscious populations throughout Latin America.

With a $2.2 billion per year tourism industry, Costa Rica is the most visited nation in the Central American region, with two million foreign visitors in 2008, bringing in more money for the country in international trade than bananas and coffee combined. Ecotourism draws many tourists to visit the extensive national parks system and protected areas around the country, and around 25% of the country’s land area is in protected national parks and other areas, the largest percentage of protected areas in the world. Costa Rica was a pioneer in this type of tourism, and the country is recognized as one of the few with true ecotourism. Costa Rica is home to a rich variety of plants and animal containing 5% of the world’s biodiversity despite containing only 0.25% of the world’s landmass.

Costa Rica has managed to diminish deforestation from some of the worst rates in the world from during the 70s and 80s, to almost zero by 2005. The Monteverde Cloud Forest Reserve is home to about 2,000 plant species, including numerous orchids. Over 400 types of birds and more than 100 species of mammals can be found there. Tortuguero National Park and Corcovado National Park are also known for its very high levels of biodiversity.

Those traveling private jet charter to Costa Rica will find that the country offers some of the best outdoor recreational activities found anywhere in Central America. Our jet charter specialists are available to you 24 hours a day, 7 days a week to provide the exclusive service and personal attention needed to meet each of their travel needs. Every private jet we utilize has been chosen to exceed standards for superior, reliable safety and service, and tailored to provide our clients with the most enjoyable and comfortable in-flight experience available.

When you fly private jet charter to Costa Rica, or any other destination domestic or international, know that Stratos Jets has strictest safety standards and will only use ARG/US or Wyvern approved aircraft operated by Part 135 compliant and financially secure operators. Give us a call 24 hours a day 7 days a week to speak with one of our private jet charter experts, who can have the perfect plane waiting for you with as little as four hours notice. Give us a call at 888 478-7286 today to experience the Stratos Jets difference for yourself!