Like any aircraft, a private jet charter needs to depart and arrive at an airport. While it’s certainly possible to access larger international hubs, the majority of private travelers—whether you’re flying for business or personal interests—prefer to fly in and out of private jet airports. There are many advantages that airports hold over larger airports, including:

By far the busiest private aviation airport in the United States, Teteboro averages 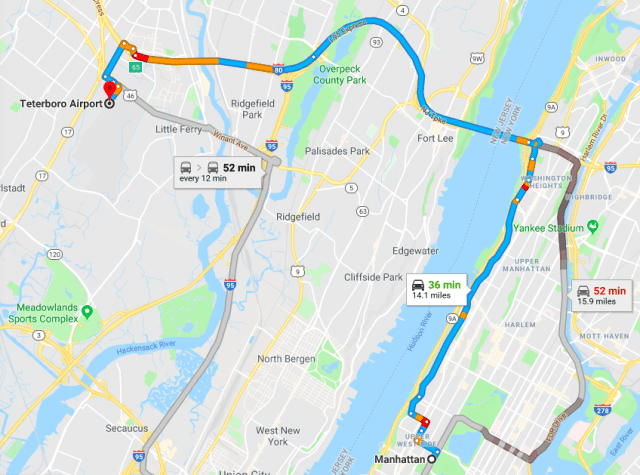 more than 200 departures daily. While it’s located in the state of New Jersey, the airport is just 12 miles from Midtown Manhattan. This makes it a sought-after arrival and departure point for celebrities, corporate travelers and other high-profile individuals with dealings in the Big Apple.

Following Teterboro as the second-busiest private jet airport is Westchester County Airport. It, too, serves the New York Metropolitan area and is located in the wealthiest county in the state, about 30 miles north of Manhattan.

There are a number of private jet airports serving the Los Angeles, but Van Nuys is the busiest. Located about 20 miles northwest of LA, in the heart of the San Fernando Valley, prominent travelers often prefer this airport as it allows them to travel quickly and discreetly to the city center. Other airports frequently used for private aviation in the Los Angeles area include:

Continually regarded as one of the top Florida vacation destinations, West Palm

Beach is easily accessible thanks to Palm Beach International Airport. For starters, the airport is beautifully designed and well planned. It’s also just a few miles from the city center. Other popular travel destinations like Boca Raton are also within easy reach. While it is an international airport, Palm Beach features several FBOs (fixed-base operators) offering all of the luxury amenities that high-profile travelers expect. For anyone looking to fly to the Caribbean, Bahamas, Mexico or Latin America from Florida, Fort Lauderdale Executive Airport (KFXE) is a great option. 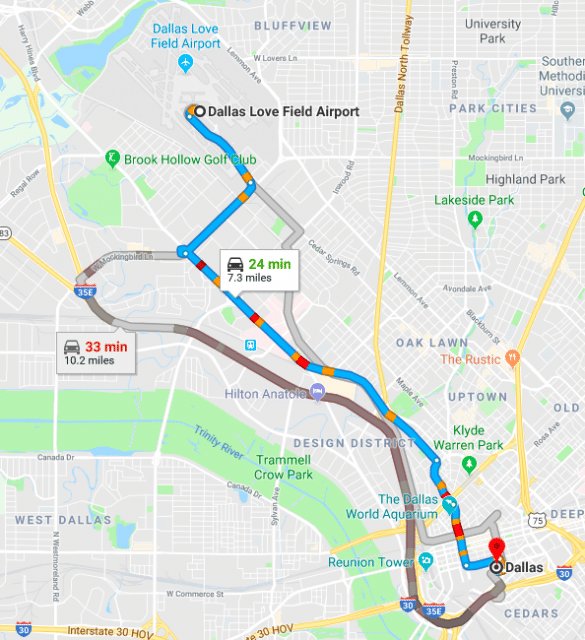 Until Dallas Fort Worth International (KDFW) opened in 1974, Love Field was the primary airport serving the city. It now features several FBO that cater specifically to private jet clientele. It is just six miles from the city center. Other private jet airports serving Dallas and surrounding areas include:

With access to thousands of airports across the United States, Stratos Jets will ensure your flight is planned around your schedule, ensuring you make the most of your time. Call us for a quote on your next flight—888-593-9066.