Nestled quietly in the Great Lakes region of the American Midwest, Indiana is a sprawling state made up of flatlands and gently rolling hills. Amidst its expansive fields, you’ll find sudden bursts of towering skyscrapers and bustling city life. You might also be lucky enough to stumble on seemingly forgotten back roads leading to picturesque country churches with hitching posts still standing from days long gone.

Book a charter flight to Indiana 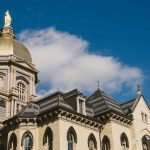 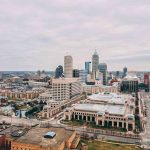 Take a victory lap in the home of the Indy 500; one of the fastest growing cities in the US. 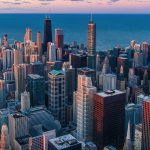 From a tiny little trading post to The Windy City

Things to Do in Indiana

Tourists visit Indiana for many reasons. You can see race car drivers compete in the Indianapolis 500, held every Memorial Day weekend in Speedway. If you like to boat, hunt, or fish, Indiana may be the state for you; it has many lakes and streams. If you're an artist or nature-lover, you'll enjoy the colorful rolling hills of Brown County. Explore Wyandotte Cave, one of the largest caverns in the United States; it's near Leavenworth. Those looking to leave their cares and their aches and pains behind come to bathe in the mineral springs at Indiana's French Lick Resort. People in Indiana are thought of as basketball fanatics. In fact, sports of all kinds reign supreme in this state, making it a great place to visit for professional, collegiate, high school or recreational sports. The terrain in Indiana varies greatly from the sandy beaches of Lake Michigan to the rolling hills in southern Indiana and the lush farmland in between. Between those borders lie areas both urban and rural, with plenty to do from amusement parks and hiking to wine trails and nightlife.

Some of our most popular destinations and departure points for Indiana charter flights include: Indianapolis: At the Indianapolis Zoo, you can pet sharks, view dolphins from beneath the sea and see orangutans in the International Orangutan Center. The Indianapolis International Airport is a public airport that welcomes flights from across the country or around the world. It’s conveniently located just seven miles southwest of downtown.  Private charters can also land at Indy South Greenwood Municipal airport, which is 10 miles southeast of the city center, and Eagle Creek Airpark, which is seven nautical miles west of the central business district of Indianapolis. Terre Haut: Parke County is the “Covered Bridge Capital of the World” and home to 31 of Indiana’s 98 covered bridges. Private Charters are welcomed at Terre Haut Regional Airport, which is located in the Wabash Valley. It’s also home to the Indiana State University Flight Academy. Fort Wayne: Parkview Field is home to the Fort Wayne Tin Caps. This baseball stadium is a signature attraction in the newly revitalized downtown of Fort Wayne. The stadium and the amenities around it have been named the best minor league baseball experience in America. Travelers to Fort Wayne can fly into either The Fort Wayne International Airport, just 8 miles south of downtown, or choose the Smith Field Public Airport 5 miles north of downtown. French Lick: Boutique shops, a variety of restaurants, bowling alley, fitness center, pools and a luxury spa can all be found within the city of French Lick in Southern Indiana. French Lick Municipal Airport is a city-owned public-use airport located three nautical miles southwest of the central business district of the city.