Stretching from the Ohio River and Appalachian Mountains in the south to Lake Erie in the north, Ohio is known as a manufacturing hub, where new technologies and businesses are constantly being developed. It’s also the home of Columbus State University, the Rock and Roll Hall of Fame, and numerous major league sports teams. To get the full picture, visit Ohio’s cities, state parks and historical sites and feel the strong spirit that embodies the Buckeye state.

Read more about our private jet charter flights in Ohio.

Book a charter flight to Ohio

Plan a sparkling getaway to the Glass City of Ohio 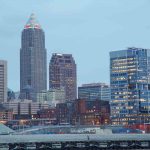 Exciting city on the south shore of Lake Erie, the home of Rock n' Roll

Home of the original hamburger and teeming with vibrant nightlife 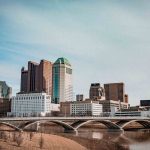 Do business, catch a game, and enjoy campus life in this central Ohio capital for higher learning

Known as the Buckeye state after the buckeye trees that grow there, Ohio is not only the leading producer of greenhouse and nursery plants, but has a diverse economy base, from manufacturing and technology to agriculture and food processing. Home to the cities of Columbus, Cleveland, and Cincinnati, Ohio also offers plenty of amenities for sports fans, students, and young families, as can be seen with its professional sports teams, noted universities, and its family-friendly amenities. You can also easily escape urban life by visiting Ohio’s many state parks, forests, nature preserves, and waterways.

Things to Do in Ohio

You can’t visit Ohio without cheering on at least one of its sports teams. While catching a ball game with the Cleveland Indians or the Cincinnati Reds is a state pastime, you may want to check out some of other professional and college major league teams, including the: Ohio’s capital is not only home to one of the most respected university campuses in the US, it is also home to the Columbus Zoo and Aquarium, which is not only well-known for its vast collection animals but for its zookeeper emeritus Jack Hanna, known for his many visits on David Letterman’s talk show. Located on the shores of Lake Erie, Cleveland has a number of attractions including the world famous Rock and Roll Hall of Fame and Museum. Learn about who has been inducted into the Hall of Fame, and explore rock music’s past and future by taking in the pop culture memorabilia, artefacts, and instruments. If trying out local cuisine is more your thing, then a visit to Cincinnati is in order. Ohio’s third largest city is known for its great restaurants and homemade delicacies such as Goetta sausage, Cincinnati chilli on spaghetti or hotdogs, and Graeter’s ice cream.

Industry statistics indicate there are well over 5,000 airports across the country, but major airlines only serve roughly 10 percent of them. Ohio is no different, with only a relative few airports being actively served by large carriers. That puts many travelers, especially business travelers, at a distinct disadvantage, as many regions are simply not easily accessible. Stratos Jet Charters takes up the slack. We provide travelers with access to Ohio charter flights that can access a long list of both large and small airports throughout the state. Our Trip Support department will make sure all concierge services are scheduled to eliminate unnecessary delays during your trip.