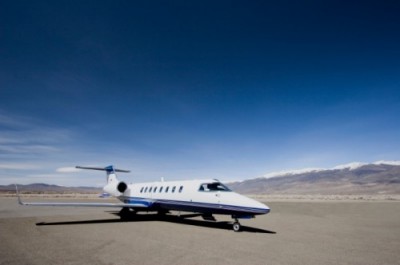 If your company requires extensive travel, then choosing the right private aviation business model is one of the most important decisions you can make for your company. Let’s face it, travel costs for a company that flies often are high, and it’s easy to consider aircraft ownership as the solution to the problem. But would it really be better for your company to buy a private aircraft instead of utilizing a private jet charter service, such as Stratos Jet Charters? When considering aircraft ownership versus private jet charter, it is important to understand the costs and limitations associated with ownership. There are a few major hurdles an organization may encounter when purchasing an aircraft for shared use among multiple executives whose offices are in different locations. Before you look into purchasing a company aircraft, take a few moments to read over the common issues aircraft owners face, and see if aircraft ownership is really right for your company.

What kind of aircraft would your company like to purchase: small, medium, or large? It wouldn’t be wise to invest in a light jet, such as a Lear 35 charter jet, when you need to shuttle a large group of executives from Los Angeles to a conference in Miami. Conversely, it would be a waste to employ a large Gulfstream GIV to transport three executives from New York to Boston. If a company buys too large of an aircraft, more often than not, it is wasting money on fuel when a smaller aircraft would be more cost-efficient. If a company buys too small of an aircraft, it risks not having enough space to accommodate large parties of executives. On the other hand, Stratos Jets private flight advisors can connect your company to thousands of aircraft across the country. With as little as four hours notice, Stratos Jets can find the safest and most highly-maintained aircraft that meets the individual size and performance needs of your flight.

What happens if your business has de-centralized locations? More often than not, your company aircraft will incur a multitude of costs including fuel, pilot fees, and airport fees. Repositioning an aircraft from coast-to-coast is especially expensive if your business jet is based in one location. Let’s say you are in New York on a business trip, for example, and you need to fly to the Boston office for the day. You wouldn’t want to reposition your Los Angeles- based aircraft all the way to New York to conduct the short trip to Boston. For most companies, it just isn’t a feasible option to keep several aircraft based in disparate locations ready to depart at a moment’s notice. Nor does it make sense to share a single aircraft between multiple offices in decentralized locations. Say your company has offices in New York, Toronto and Los Angeles, for example. What happens if all three offices need to use the aircraft at the same time? Aircraft ownership does not allow for simultaneous usage. Stratos Jets, however, can provide your company with access to the nearest charter aircraft that meets your company’s needs. Through our network of approved vendors, we can help to eliminate costly repositioning fees and get you to your destination quickly at the best available price.

Last-minutes changes happen, and when they do, you naturally want to reduce the costs to your company. Maybe you decided that it would be better to meet your clients face-to-face? Maybe a family emergency called you away from business? In the case of a personal emergency or last-minute change of plans, you wouldn’t want your plane to be based half a continent away, or be engaged in another flight for other executives. Sometimes, the greatest business opportunities arise unexpectedly, so don’t get caught waiting in long lines at a commercial airport because your aircraft investment couldn’t work for you. _____________________________________________________________ Choosing the right aviation business model for your company is rarely easy, but it’s obvious that aircraft ownership is not a practical option for companies with multiple executives and varying needs. Regardless of how many aircraft a company can buy, private flight advisors like Stratos Jets have access to far more aircraft, and in convenient locations all over the United States. Why purchase an aircraft if you can’t be certain it will benefit your company, or meet all of your travel needs? Give Stratos Jets the opportunity to show you how you can make the right business aviation decision for your company. Contact a Stratos Jets representative today to learn more about the advantages of utilizing a private jet charter service.