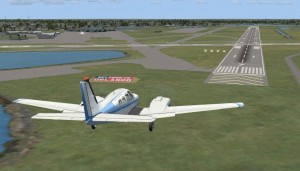 As industry leaders in private jet charter travel, we strive to provide you with all the information required to make informed decisions regarding your air charter needs. In this series we shine the spotlight on the top airports for jet charter throughout the United States. Our featured airport here is Orlando Executive Airport, located in Orlando, Florida. The city of Orlando is best known for its many tourist attractions, in particular Walt Disney World, located 20 miles south of Orlando in Lake Buena Vista. The Walt Disney World Resort contains many of the top tourist destinations in the country, including the Magic Kingdom, Epcot, Disney’s Hollywood Studios, Disney’s Animal Kingdom, Blizzard Beach, Typhoon Lagoon and Downtown Disney. Other notable area attractions include Universal Orlando Resort and SeaWorld. The region hosts an estimated 52 million tourists annually, and to meet this demand has the second largest number of hotel rooms in the country, after only Las Vegas, Nevada. The city also shines as a top business destination. Orlando is one of the busiest American cities for conventions and conferences with the Orange County Convention Center – the nation’s second largest in square footage – attracting the largest shows and conventions held anywhere in the U.S. It is also known for its wide array of beautiful golf courses, with courses that can meet the needs of any level of golfer. Due to its tourism draw and many business opportunities, Orlando attracts a wide array of private jet travelers each year. Many executives travel via private jet charter to attend a conference; others are families looking to avoid the hassle and headaches of commercial travel. Private jet charter to Orlando Florida provides a convenient alternative to commercial travel, especially when traveling with small children. Opened in 1928 and the first commercial airport in central Florida, Orlando Executive Airport (ORL) is a public airport situated 3 miles east of the city of Orlando. The airport serves the general aviation and corporate aviation communities in the greater Orlando area. Its proximity to the Florida State Road 408 East-West Expressway as well as downtown Orlando makes it a popular airport for private business and pleasure travelers alike. The airport is known for its efficient layout and the many convenient amenities it offers to travelers. Orlando Executive relieves some of the traffic from nearby Orlando International Airport (MCO), the busiest airport in the state of Florida based on number of passengers. Other local airports available to jet charter travelers include Orlando Sanford International Airport (SFB), Melbourne International Airport (MLB) and Daytona Beach International Airport (DAB). Because Orlando and the entire state of Florida are some of our most popular destinations, we can always find the perfect charter jet for your trip and always at the best available pricing. Every flight we charter is audited by ARG/US or Wyvern, the industry leaders in safety. Our operators are all completely Part 135-compliant and also only work with the best-trained, most experienced crews in command. Stratos Jet Charters looks forward to the opportunity of serving you on your next flight to Orlando, for business or pleasure. To learn more about Orlando Executive Airport or any other airport in the world, give one of our jet charter experts a call. We can arrange your trip completely, down to attraction tickets and hotels, to car service and dinner reservations. We are standing by to assist you 24 hours a day, 7 days a week and can arrange your next flight to Orlando with only four hours notice.