All About Beechcraft Jet Charters

Founded by the husband-and-wife duo of Walter and Olive Ann Beech in 1932, the Beechcraft brand is legendary in the world of private and military aviation. The company has produced some truly innovative aircraft throughout its eighty-plus years. And with a history of reliability and performance, it’s easy to see why Beechcraft jet charters remain popular to this day!

With the company starting during the World War II era, it’s understandable that they focused primarily on the production of military aircraft. In total, they built more than 7,400 planes for the US and Allied forces during that time. 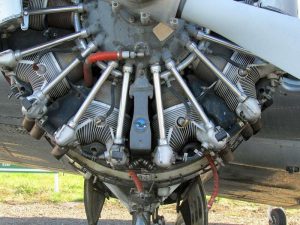 One of the most popular aircraft to emerge from that period is the Beechcraft Model 18. Introduced in 1937, it became what many consider the precursor to today’s modern business aircraft. However, it could do a whole lot more than just carry passengers:

Perhaps more impressive is the fact that, despite being almost 80 years old, the Beech 18 is still in service worldwide, primarily as a cargo aircraft.

Over the years, the Beechcraft name has changed hands several times. First, in 1980, Raytheon acquired it. Another shift occurred in 1994, when Raytheon purchased the Hawker line of jets from British Aerospace to form the Raytheon Aircraft Company.

Then, in 2006, Raytheon sold the Hawker and Beechcraft names to Goldman Sachs, which resulted in Hawker Beechcraft. This company entered bankruptcy in 2012, only to emerge a year later under the name Beechcraft Corporation. It joined Textron Aviation in 2013, which is the same conglomeration that owns Learjet and rival Cessna.

Throughout its existence, Beechcraft has always been based in Wichita, Kansas.

These days, Beechcraft focuses primarily on the turboprop market (single and twin engine), including:

Its current civilian production models include the:

When it comes to Beechcraft jet charters, here is a closer look at some of the most popular choices: 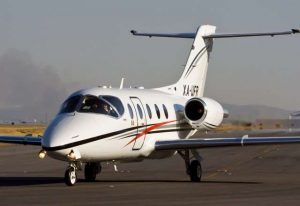 The Beechjet 400 is a tried-and-tested performer among light jets. With seating for up to nine passengers, it can fly nearly 1,700 nautical miles nonstop. It also boasts a maximum cruise speed of 510 mph, which is ideal for corporate travelers on tight deadlines.
Find out more about Beechjet 400 charters.

In the twin turboprop market, the King Air 350/350i is the flagship model among Beechcraft jet charters. Certified to fly at 35,000 feet, this aircraft has the ability to rise above adverse weather for a safe, smooth ride. Furthermore, it’s incredibly roomy, making it a versatile travel option.
Find out more about King Air 350 charters. 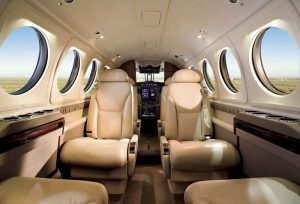 If you need a private jet charter in the one-to-two-hour range, the King Air 90 is a solid choice. Its range rivals that of most ‘very light jets,’ yet it has the payload and passenger room of larger aircraft.
Find out more about King Air 90 charters.

To learn more about the business advantages of light jets and turboprops, read: The Benefit of Small Business Jets for Smaller Companies.

Looking for a charter broker with access to the best aircraft available, including Beechcraft jet charters? Call Stratos Jets to talk to one of our knowledgeable air charter associates—(888) 593-9066 (toll free) or request a quote online.