Why Is the Atlanta Airport the Busiest in the World?

If you were to ask the average private jet charter consumer which airport is the busiest in the world, many would list major cities like New York, London, Tokyo or Beijing. These are good guesses, but they’re incorrect. The distinction is held by none other than Hartsfield-Jackson Atlanta International Airport in Georgia.

Since 1998, Hartfield-Jackson (FAA ID: ATL) has led the way in terms of total annual passenger volume and aircraft movements (takeoffs and landings). In 2016, more than 104 million passengers flew into, and out of, the Atlanta airport. Annual aircraft movements in recent years have been just shy of 900,000.

According to 2017 preliminary statistics by Airports Council International, four of the top-five airports in terms of aircraft movement are based in the US:

Aside from O’Hare in Chicago, it’s not really close as to which airport is the busiest. Here are some more Hartsfield-Jackson statistics to further impress the point:

It begs the question: Why is this airport so busy? 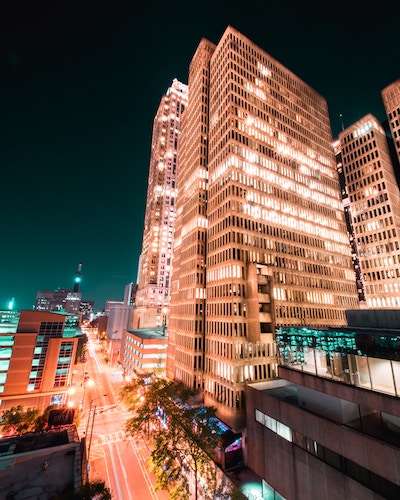 While Atlanta is geographically tucked away in the southeast corner of the United States, according to the Hartsfield-Jackson fact sheet, it is actually within a two-hour flight of 80 per cent of the country’s population. That’s because nearly half of all Americans live in the eastern time zone.

This makes it an extremely convenient hub for connecting business and leisure travelers flying within the US, as well as a key port for international passengers.

Additionally, Hartsfield-Jackson itself is an important economic center, drawing large numbers of business travelers every day. It is currently home to 15 Fortune 500 companies, including:

Hartsfield-Jackson, named after two former Atlanta mayors, is also the headquarters of Delta Airlines, one of the busiest commercial airlines in the world. Many of its flights flow through this airport, further contributing to the overall traffic volume. 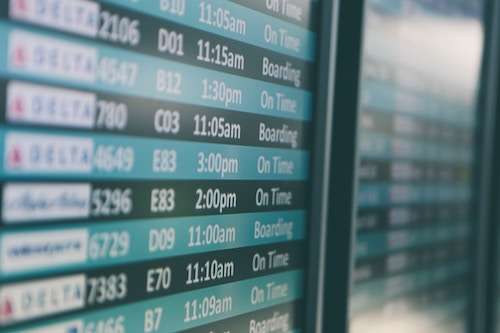 Many major cities have multiple airport options for commercial airlines. This helps distribute the flow of traffic. For instance, New York City has:

This isn’t the case in Atlanta. While there are several smaller reliever airports in the area, the next nearest major international airports are located in adjoining states (Birmingham, Charlotte and Nashville). By default, the bulk of airline traffic funnels through Hartsfield-Jackson.

As you’ve witnessed, Hartsfield-Jackson is big and busy. It’s not exactly conducive for travelers arriving on a private jet charter to Atlanta. Depending on the size and runway capabilities of your aircraft, there are better options:

To book a private jet charter to Atlanta, or anywhere else in the world, talk to a Stratos Jets air charter associate by calling 888-593-9066, or start a quote online.