Every world religion has its sacred places, admired for their spirituality as well as their beauty. Many of these holy sites draw millions of visitors each year, some of whom choose private charter services as their preferred mode of air travel. For those who have to travel great distances to reach these places of worship, private planes are an ideal option for a number of reasons:

Here are just a few of the many iconic religious sites people travel to around the world:

Built in the 17th Century, the Harmandir Sahib, known as the Golden Temple, is the center of the Sikh faith. It’s located in the city of Amritsar, Punjab, India and was designed by the fifth Sikh guru, Guru Arjan. There are four doors that give access to the Harmandir Sahib, symbolizing the openness of Sikhs towards all people and religions. It welcomes all people, without distinction of Caste, creed, sex or faith. In the early 19th Century, Maharaja Ranjit Singh covered the upper floors of the gurdwara (place of worship) with gold, giving it its distinctive appearance, as well as its English nickname. Those who visit the Golden Temple will find that it houses the Guru Granth Sahib, the holiest text of Sikhism, which is on display at all times.

There are an estimated 2.2 billion Christians in the world, of which half are members of the Catholic Church. Their faith centers on the Vatican, which serves as a beacon for followers around the world. The Vatican City is home to Catholicism’s current holy leader, Pope Francis. It also houses many culturally significant attractions that draw Christians and non-Christians alike on charter services from all over the world:

Every year, Muslims across the world gather in the holy city of Mecca at the end of a religious pilgrimage known as the Hajj. This symbolic pilgrimage is a recreation of the one undertaken by both Hagar, the mother of Ishmael, and the Muslim prophet, Muhammad. Unfortunately, Mecca is strictly off-limits to non-Muslims. To gain entry to the city, you must show proper documentation. Everyone of the Muslim faith is required to participate in the Hajj once in their life if they are physically and financially able to do so. For Muslims looking to book charter services for the Hajj, check out our post on Mecca, Saudi Arabia. 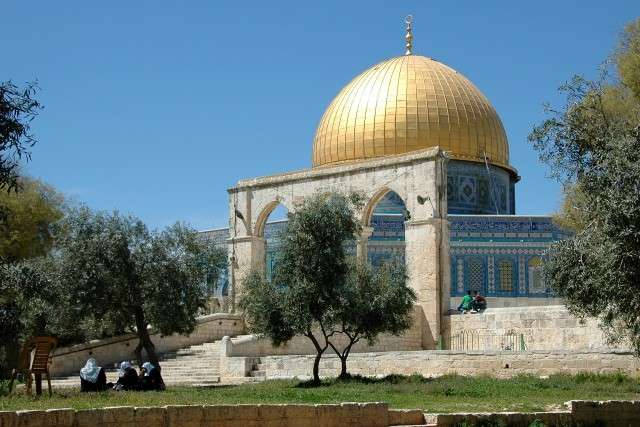 The ancient city of Jerusalem is holy to all three of the world’s major monotheistic religions: Christianity, Judaism and Islam. Visitors to this historically significant city are able to visit holy sites associated with each one:

Are you organizing a trip to one of the world’s significant holy sites? Stratos Jets organizes carefully planned charter services to transport you wherever you’re travelling in comfort and safety. Our friendly booking agents are available 24/7—call (888) 593-9066 (toll free) or request a quote online.