Massachusetts attracts visionaries. Those who see beyond the boundaries, and see what it can be. The early Massachusetts tribes saw it as a good place to hunt and fish. The Mayflower pilgrims saw it as a place to escape oppression. Massachusetts went through a turbulent growth to statehood, emerging as one of the most influential states in the nation. The old economy was based fishing and agriculture, which then gave way to industry and manufacturing. Now, the Pilgrim State is a leader in biotechnology, higher education, financial services and maritime trade.

Book a charter flight to Massachusetts 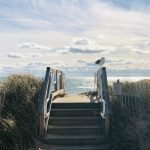 A crescent-shaped peninsula home to 15 towns and villages 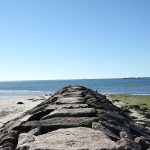 Discover the preferred seaside retreat of the Kennedy clan 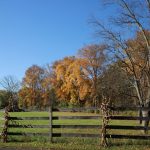 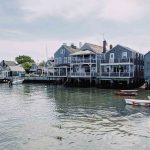 Find out why Nantucket is New England's preferred island paradise 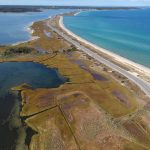 Relax, unwind and take in the beauty of this luxurious island on the New England Coast 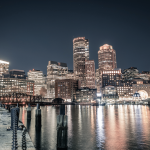 Explore history in the birthplace of American independence

Massachusetts is both the Old Colonial State and the Cutting Edge of Technology.  Even if you’ve never visited before, you know the stories: The Salem Witch Trial, The Boston Tea Party, Frederick Douglass, the Kennedys, and early Internet at M.I.T. Pure Massachusetts - a mixture of history and rapid transformation. When Massachusetts became the 6th state in 1788, part of its motto was, “Peace only under liberty”. For most of the last two centuries, that meant the liberty to grow without outside interference. Now, it means the liberty to collaborate on the most innovative technologies in the world.

Things to Do in Massachusetts

“Massachusetts is the first state in America to reach full adulthood”, said economist Uwe Reinhardt. It’s not boring – it’s had a longer time to figure out how to have fun. Over 80% of the state’s population lives in the Greater Boston Metro area. So, visitors can have both rich urban experiences, such as a catching a game at Fenway Park, or seeing amazing sea creatures at the New England Aquarium. And likewise, with a centrally-concentrated population, the less-travelled paths such as the Emily Dickinson Museum, and or a beach-side stroll in Cape Cod are a welcome change from the urban pace. Other popular places to visit in Massachusetts include:

With access to numerous city and regional airports, Stratos Jet Charters can help you plan Massachusetts charter flights to just about any destination in the state. Our friendly and knowledgeable agents can help plan all the details of your trip. Whether you’re flying on your own, or with 200 good friends, we’ll find a plane suited to your requirements. With access to more than 5,000 aircraft, including turbo-props, light charter jets and charter airliners, we’ll also search the private jet charter industry’s network of certified and experienced pilots to get you to your destination in the safest and most efficient manner possible.