New Changes to the Federal Excise Tax (FET) for Business 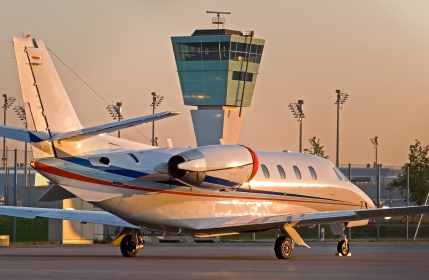 There was a change in the FET that went into effect on April 1st of 2012 which will affect a number of jet charter consumers. We want to share these taxes with you as part of our ongoing mission to educate our jet charter clients. The U.S. economy is back on track, if at a slow pace in comparison to past recoveries from recession. However, this certainly hasn’t stopped the Federal government from looking for more ways to balance the budgets through new and/or increased taxes and fees.

The business aviation industry will once again be affected by several tax law changes made under the FAA Modernization and Reform Act of 2012 (the FAA Act), with new changes going into effect on April 1st. As we detailed in our recent Explaining the Taxes You Pay as a Jet Charter Consumer post, the traditional FET, or Federal Excise Tax, is a percentage tax on the total amount paid for air transportation.

For commercial transportation including jet charter (FAR Part 135), the FET takes the form of a percentage tax and also a head tax. Thankfully the current percentage tax of 7.5% for charter flights was left unchanged in the Act; on January 1st, 2012 the domestic segment fee had already increased 10 cents to $3.80 per segment.

Charter operations also pay a reduced rate of fuel tax at 4.4Â¢/gallon; for general FAR Part 91 flying jet fuel is taxed at the rate of 21.9Â¢/gallon. These percentage numbers are of little concern for most legal jet charter fliers â€“ as they remain unchanged. Those flying on illegal private jet charters might have something to worry about, however. Their operators (flying privately under FAR Part 91) are not only guilty of breaking most FAA regulations regarding maintenance, flight crew experience, insurance and others, but are also guilty of breaking the law with the Internal Revenue Service.

Technically, the operator (and through them, the flier) actually owes a bit more tax than what they have paid for their flight. In theory, they could be tracked down by the IRS to collect past due taxes due and potential penalties on all previous illegal charter flights. This could be of great importance as government agencies like the IRS have become much more aggressive in their pursuit of additional â€œrevenue sourcesâ€ in recent years.

What does concern Part 135 fliers is that prior to this most recent FAA Act, the 7.5% FET on air transportation services did not apply to aircraft with a maximum takeoff weight of 6,000 pounds or less, when operated on a non-established line (including most jet charter flights).

Under the new FAA Act, these exemptions have now been repealed. This means jet charter consumers who fly in lighter jets should be aware of these increased taxes due, and their potential to raise the cost of business and personal aviation services.

We are at least thankful that the new FAA Act did not include more new taxes. Although there was substantial debate regarding the replacement of the current FET with per-aircraft user fees, these changes were strongly opposed by ACANA (Air Charter Association of North America) and were not pursued in the Act. Also absent was the proposal to make tax depreciation schedules longer for business aircraft, another welcome development.

Despite the new FAA Act, the call for new taxes on general aviation is unlikely to end anytime soon. For example, the White House budget for 2013 recently proposed a new $100-per-flight fee for air traffic services, in addition to all current federal taxes already being paid. “Taxing our way to prosperity” seems to be the stance of the current administration, which we adamantly oppose.

We have been vocal as a small business ourselves, and as part of our leadership role in ACANA, that business aviation spurs economic growth – resulting in increased productivity and the expansion of the national economy. This translates to higher overall employment and a larger tax base, creating a win-win situation for everyone. We oppose any new legislation that would raise taxes or fees on FAR Part 135 operators and their customers, who we certainly believe are paying their fair share already.

Stratos Jets also supports straightforward tax laws and regulations, so that all operators and consumers clearly understand how their flights will be taxed. A bill recently introduced in the Senate would completely eliminate the tax paid by commercial jets, while increasing the general aviation fuel tax rate to 49Â¢/gallon. Though there will certainly be tough debates ahead, this could potentially be the change we’ve been searching for.

We hope this gives you a better understanding of the taxes you pay as jet charter consumers, and also gives you the facts that you need if you wish to advocate on your own behalf with your locally elected political representatives. At Stratos Jets, we believe an educated jet charter consumer is our best client. That’s why we work hard every day to provide the facts, figures and other information that you need for this vital education. If you have any additional questions on these tax law changes and how they relate to you the jet charter consumer, please don’t hesitate to give us a call.