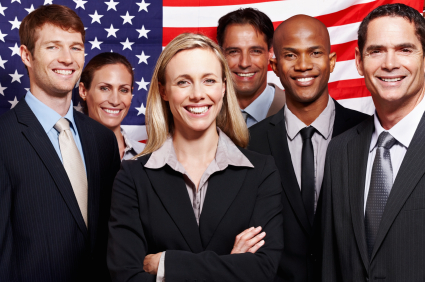 Through suffering the tyranny of King George, the founders of our great country knew first hand what forced dependence upon a king or government led to: Serfdom. They believed so strongly that individual liberty is a divine right, that they pledged their lives, their fortune and their sacred honor to obtain it. They also understood that the greatest way to prevent dependence upon government was for man to keep the fruits of their own labor. This still holds true today.

Personal independence flourishes when individuals are allowed to obtain personal wealth. It empowers them to create and pursue their dreams. It allows others to benefit through the creation of new jobs and services. Wealth, prosperity and success are all byproducts of creating a product or service that people want or need. Wealth creation is not just a value, but a distinctly American ideal. At Stratos Jets, we revere the hard worker, the risk taker, and the dreamer. Small business owners, entrepreneurs and successful individuals are all these, but more importantly, they are an important driver of economic growth.

Throughout our history, this nation has been defined by entrepreneurs pushing the boundaries of technology and industry. These successful individuals embody the core American values of self-reliance and independence. Many of these entrepreneurs have shaped our modern society through creativity and provided us with the high standard of living that we as Americans freely enjoy. These people are hard-working Americans who risk much and sacrifice more to achieve their dreams. They deserve the wealth, prosperity and success that follows each of their accomplishments.

It is a founding principle of our country that we should support, not hinder, individual success. This theory is what makes America so exceptional. Our nation was founded on the belief that government should be by the people and for the people. The problem with larger government is not in the services it could provide but with the dependency that it incurs. If we rely too much on the government, then that government fails to be for the people. It becomes a landlord to which we are required to pay into, less we face consequences. We would be giving up our independence and creativity for a presumed security. Benjamin Franklin refuted this thinking thusly, “When people sacrifice liberty for security, they will have neither.”

America is about ensuring that everyone has equal access to their dreams and can take as much or as little of it as their effort allows. Booker T. Washington said that, “I have learned that success is to be measured not so much by the position that one has reached in life as by the obstacles which he has overcome while trying to succeed.” We owe the high standard of living we enjoy to the great men and women who overcame obstacles to achieve their personal goals. To criticize their resulting wealth would be to tarnish their memory and to make us hypocritical for enjoying all of the benefits that their success affords our society.

At Stratos Jets, we will continue to promote the ideals that founded our country: mainly that a person’s life is his or hers to live, and that individual wealth is determined by his or her own actions. Stratos Jet Charters is proud to be an example of a successful American small business, and will continue to provide the type of air charter service that supports an opportunistic society where individuals and businesses can flourish.