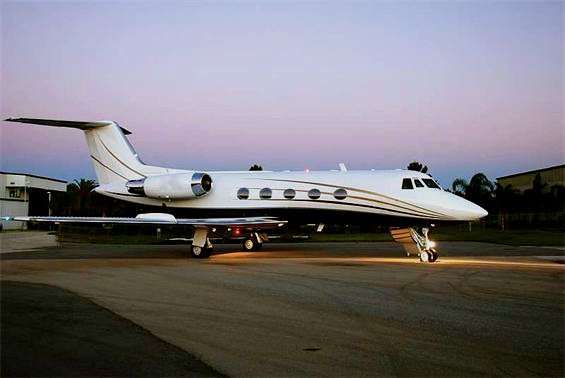 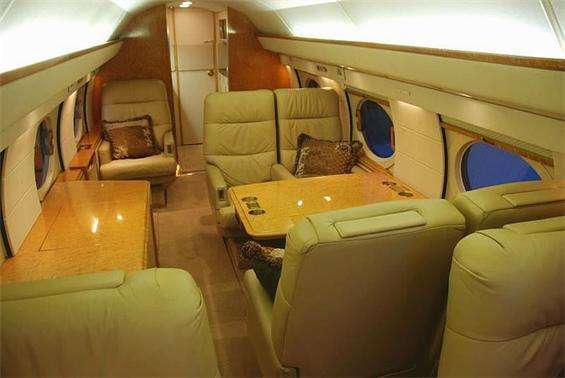 Gulfstream Aerospace Corporation is the premier American producer of private jet aircraft. The legendary Gulfstream GII heavy jet has been around since the 1960s, and of the 258 that were built, many are still in use today as private jet charters. That’s because they have an over-engineered airframe that just won’t quit. Also, the GII was the first executive jet to offer the transcontinental performance of a commercial airplane, making it a pioneer in its field. In fact, it was the first-ever business jet to make cross the Atlantic Ocean nonstop, way back in 1968! If you want proof as to just how durable and dependable these aircraft are, consider this: in the 60s, NASA chose to use the GII for part of its astronaut training program. Due to its ability to withstand the abuse of repeated, fast descents from high altitudes, it was deemed ideal for simulating space shuttle landings. The aircraft’s rugged design is a credit to Grumman, an aeronautics company with a history of building naval aircraft like the F-14 Tomcat. To say the Gulfstream GII was based on Grumman’s original GI is a little inaccurate. For starters, the GI was a turboprop, while the GII uses a pair of Rolls-Royce Spey MK 511-8 turbofans. Their main similarity is that they share roughly the same forward fuselage and cross section. Yet, despite its age, the Gulfstream GII remains a solid competitor in the world of private jet charters. A lot of that is due to its respectable performance numbers:

Inside, the GII features a spacious cabin measuring 1,270 cubic feet. Its interior dimensions are: As you can see, there’s plenty of room for anywhere from eight to 12 passengers in a standard corporate configuration such as: With standing headroom, the Gulfstream GII offers plenty of in flight comfort for the luxury traveler. Also, it has the ability to land on runways as short as 5,800 feet, providing many flight options for discerning luxury travelers wishing to land at smaller private airports. Passengers flying on Gulfstream GII private jet charters appreciate the cabin’s well-lit environment. This is due to the aircraft’s large elliptical windows. This business jet also comes equipped with a galley and full lavatory, both of which are located in the aft. Furthermore, there is 157 cubic feet of baggage capacity. While it is possible to load the compartment externally, you can access it internally during flight through the lavatory. The Gulfstream GIII eventually succeeded the GII in the late 1970s. By that time, the GII had already set the benchmark for which all other heavy jets are now judged. Even today, it remains one of the largest available options among long-range private jet charters. Combined with its transcontinental capabilities, it offers all of the basics needed for comfortable long-range corporate missions.
show more

Compare Other Private Jets to a Gulfstream GII